Deputies from the Benton County Sheriff’s Office are continuing to investigate a single vehicle fatal motor vehicle crash involving a sedan, about two miles east of Corvallis. The crash resulted in the death of a 61 year old Albany man.
At about 6:34 pm, on Thursday, May 10, 2018, Darrell Johnson, age 61, from Albany, Oregon, was driving east on Highway 20, east of the intersection of Granger Avenue, in a 1999 Ford Tauras. For unknown reasons, the vehicle drove head-on into a large pole on the northwest corner of the intersection and came to rest against the pole. Witnesses and a deputy attempted to provide first aid, but the victim was deceased. The vehicle caught fire and the Corvallis Fire Department responded and put the fire out.
The Benton County Multi-Agency Traffic Collision Investigation Team responded to the scene. It is unknown if alcohol or controlled substances were factors in the crash. Deputies are continuing to investigate the crash and the public is asked to contact Deputy Eric Konzelman at 541-766-6858 if they have any information about the crash. The roadway was closed for about three hours. 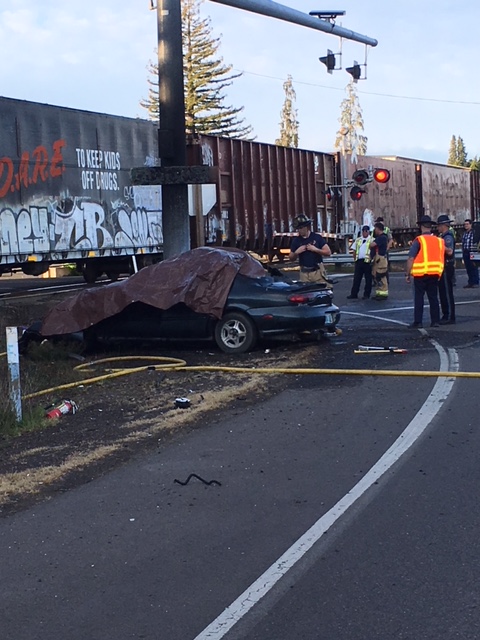