On Wednesday, May 22nd at approximately 9:45 am an inmate that was working in the South Salem area on a work crew ran off from the crew.  The inmate, 22 year oldTarjen Jokon was working with a crew of inmates being supervised by a Marion County Deputy during the time.  They were working on Kuebler Blvd in South Salem.
Mr Jokon was being held in the Marion County Transition Center on the charge of a probation violation for the original charge of Theft.  Marion County Deputies conducted a search of the area for Mr Jokon but were unable to locate him.  It is believed Mr Jokon was picked up from someone in a vehicle and drove him out of the area.
The Sheriff's Office has 4 work crews with approximately 8 inmates on each crew working in the community conducting weed control, clean up and numerous other tasks.  The Sheriff's Office selects inmates that are housed in the Transition Center and typically have a low risk to public safety.  This has been a great opportunity for inmates to learn skills, give them the opportunity to give back to our community as well as give them work experience that can help them secure employment once they transition back into the local community.
The Sheriff' Office is asking anyone with information about Mr Jokon's location to call the Marion County Sheriff's Office non-emergency number, 503-588-5032.  The attached photo is Mr Jokon's latest booking photo. 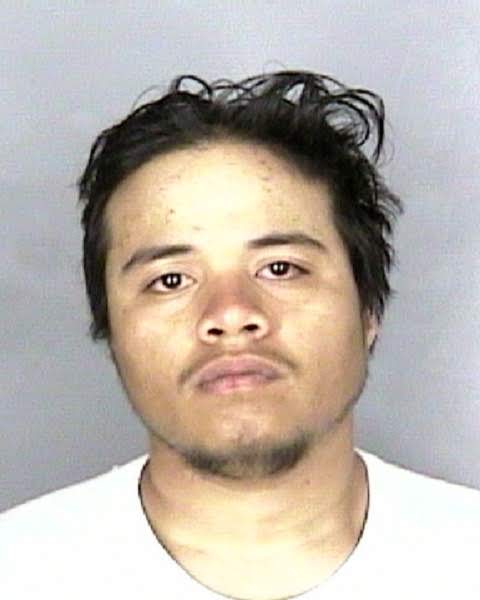