Just after 5:00 PM on Friday, June 15th Roseburg Police responded to the report of a bank robbery that had just occurred at the Umpqua Bank located on Main Street in downtown Roseburg.  The suspect presented a demand note and then left the bank with an undisclosed amount of money.  There were no weapons displayed during this incident.  The male suspect was last seen running northbound on Main Street.  The suspect was described as being a caucasian male in his 30's and having a shaved head.  He was last seen wearing a black sweatshirt and shorts.  Numerous police officers searched the area but were unable to locate the suspect.  Attached are pictures of the male taken from bank surveillance.  If you recognize him or have any information regarding this incident, please call the Roseburg Police Department or Douglas County Emergency Communications Center. 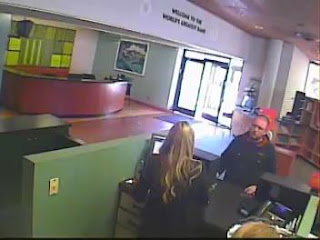 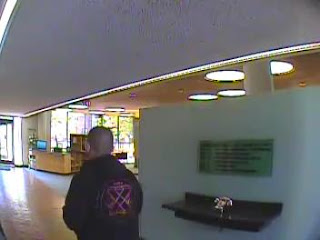 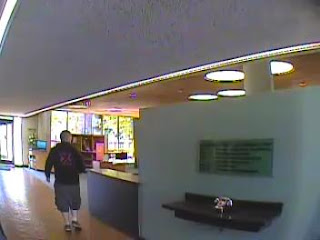