PORTLAND, Ore. – Sergio Martinez-Mendoza, 30, was sentenced today to 92 months in federal prison for illegal reentry. Upon completion of his prison sentence, Martinez-Mendoza will be subject to deportation.
“We must stop dangerous criminals with no right to be in the U.S. from returning to our streets and reoffending after completing their state sentences,” said Billy J. Williams, U.S. Attorney for the District of Oregon. “Giving ICE notice that a defendant is in custody on state charges is permitted under Oregon state law and could have prevented these horrific crimes. Oregonians deserve and expect more. As evidenced by this case,” continued U.S. Attorney Williams, “effective communication between federal and state law enforcement is imperative to ensure dangerous illegal aliens are identified and deported according to law.”
According to court documents, prior to July 2017, Martinez-Mendoza, a Mexican citizen, had been deported or removed from the U.S. 11 times, most recently in November 2016. After his eleventh illegal reentry, Martinez-Mendoza committed and was convicted of two violent sexual assaults against two adult females in Portland.

On July 24, 2017, Martinez-Mendoza broke into a home in Portland, pulled an adult female victim from her bed, bound her hands and feet, and proceeded to sexually assault her. During the assault, Martinez-Mendoza punched the victim in the head and slammed her face against the floor. Afterward, he stole $20 from the victim’s purse and fled.
A few hours later, Martinez-Mendoza approached a second victim in parking garage and held a knife to her chest. He knocked a cell phone from her hand and forced her into the passenger seat of her car. The victim temporarily escaped from out the passenger door, but Martinez-Mendoza caught up with her, forced her to ground, and repeatedly banged her head against the pavement.
The Multnomah County District Attorney’s Office prosecuted Martinez-Mendoza for these offenses and, in December 2017, he was sentenced to 420 months in prison. Martinez-Mendoza previously pleaded guilty in federal court to one count of illegal reentry on February 22, 2018.
This case was investigated by U.S. Immigration and Customs Enforcement and prosecuted by Leah K. Bolstad, Assistant U.S. Attorney for the District of Oregon. 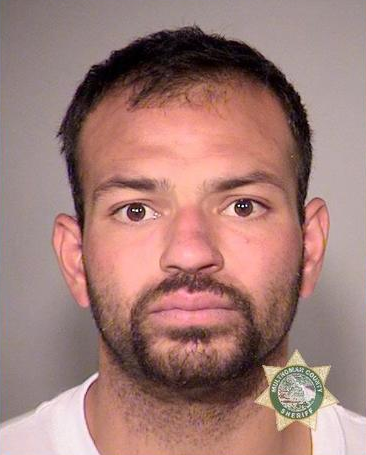