On Thursday, October 4, 2018, at approximately 5:00pm, Oregon State Police Troopers and emergency personnel responded to a two vehicle crash on Highway 140 near milepost 14.5 in Jackson County.

Preliminary investigation revealed that a Dodge Neon, operated by Richard Cota (37) of Bonanza, was traveling eastbound, in the westbound lane, passing eastbound vehicles at a high rate of speed in a no-passing zone.  A Ford F-350 pickup operated by Frederick French (52) of Klamath Falls,was traveling westbound. French veered onto the westbound gravel shoulder of the highway in an attempt to avoid being crashed into by Cota. Cota also veered onto the westbound shoulder and crashed head-on into French.

Highway 140 was closed for approximately 1.5 hours following the crash with a detour through Lake Creek Loop. 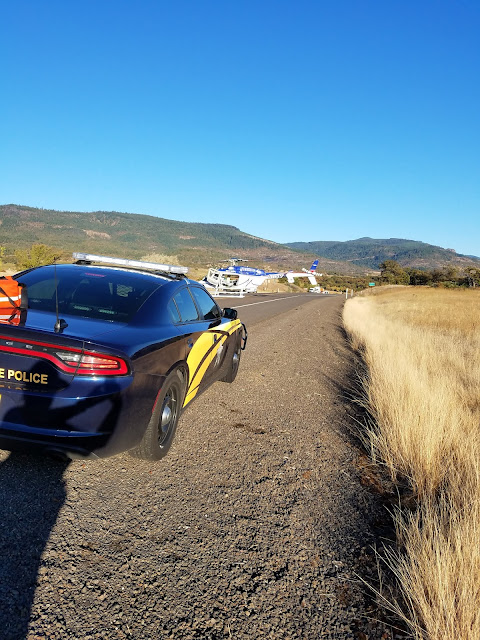