Today at 3:35 p.m., deputies with the Marion County Sheriff’s Office were called to the scene of a plane crash at the Aurora Airport.

The initial investigation is showing that a Piper Malibu Mirage was attempting to land when it struck a radio antenna sending the plane into the ground. The pilot and passenger both escaped the crash with what appears to be minor injury. 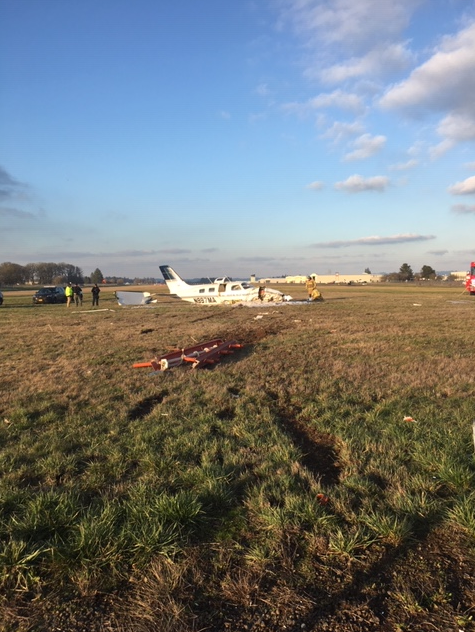