Linn County Sheriff Jim Yon reports that on January 30, 2019 at approximately 4:00 p.m., his detectives served a search warrant in the 1000 block of SW 2nd Avenue in Mill City.  The search warrant was a result of an online child exploitation investigation.  Leslie James Van Dolah, 53, who resides at the property, was the only person located at the time the search warrant was served.

Detectives seized numerous digital devices during a search of the residence.  Evidence indicated Leslie Van Dolah was viewing and distributing visual depictions of child pornography and bestiality pornography over the Internet.  There is no evidence indicating anyone else residing at the residence was involved in, or had knowledge of, the crimes.

Leslie Van Dolah was arrested and charged with six counts of Encouraging Child Sexual Abuse in the First Degree and three counts of Encouraging the Sexual Assault of an Animal.
The Linn County Sheriff’s Office was assisted in this investigation by the National Center for Missing and Exploited Children, the Oregon Internet Crimes Against Children Task force, and the Benton County Sheriff’s Office.

Anyone with information related to this investigation is encouraged to call Detective John Trenary at 541-917-6665. 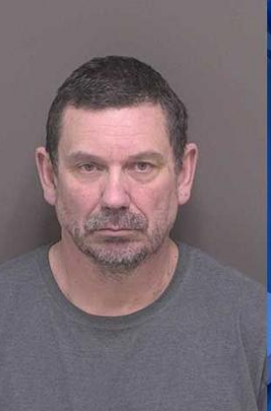