Preliminary investigation shows that a silver Hyundai Elantra, operated by Todd Allison (48) of Albany, was eastbound on Hwy 34 when the vehicle lost control on icy roads.  The Hyundai slid across the west bound lanes and collided with a black VW Jetta, operated by Chelsea Tharp (31) of Lebanon, who had driven to the shoulder in an attempt to avoid the Hyundai.

Allison was transported by air to OHSU where he died from his injuries on Friday, March 8, 2019.
Tharp was not transported for injuries.

OSP was assisted by the Linn County Sheriff's Office, local Fire Departments, and the Oregon Department of Transportation. 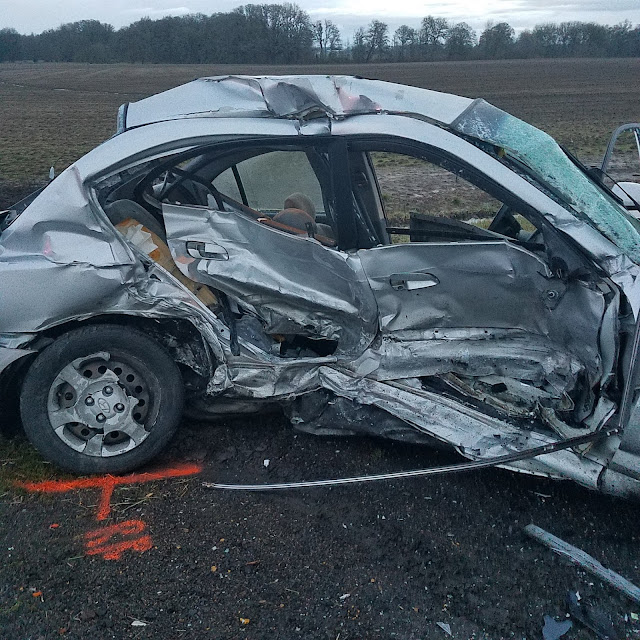