The first collision occurred at approximately 6:45 a.m. this morning. Deputies responded to a report of a traffic collision at 9200 SE Johnson Creek Blvd.  It was reported that a silver BMW had crashed into the building at that location, and the two male occupants were walking away from the crash scene.

Deputies responded, and the two were located and detained a short distance away.

The deputies conducted an investigation -- which led to the arrest of Pablo Favian Rodriguez, 26, of Portland.  He was arrested on the following charges:
The adult male passenger initially stated he wasn’t injured, but later requested medical attention for pain associated with the collision. He was taken to an area hospital to be assessed.

The suspect driver, Rodriguez, was transported to the Clackamas County Jail and booked. Rodriguez provided a breath sample of .12 BAC (Blood Alcohol Content) -- the legal limit is .08.

The building at 9200 SE Johnson Creek is believed to have some suffered structural damage.  Repair costs were estimated as high as $80,000 for the building and signage. 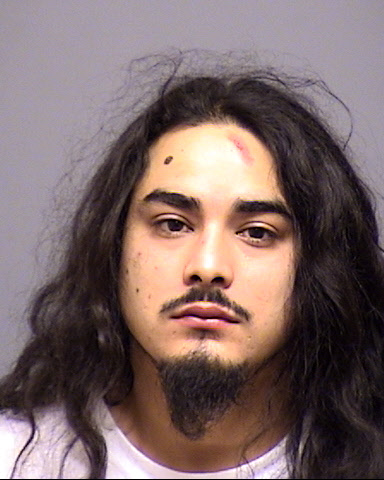 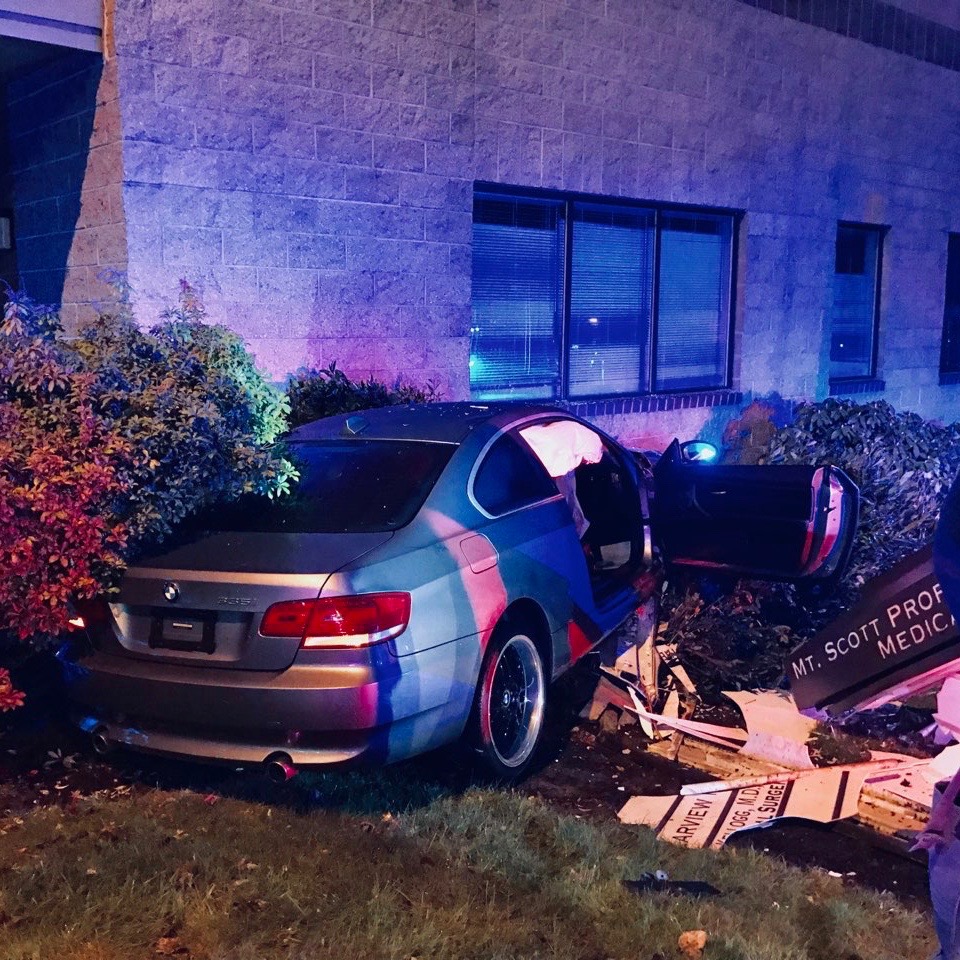 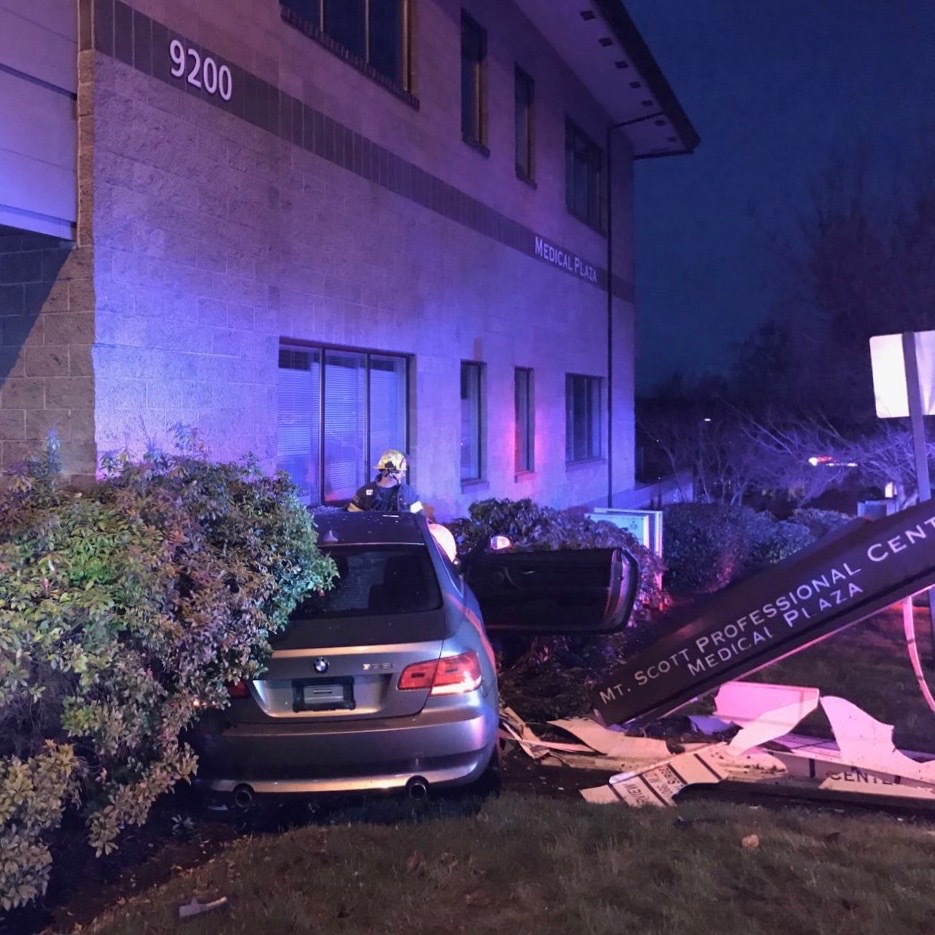 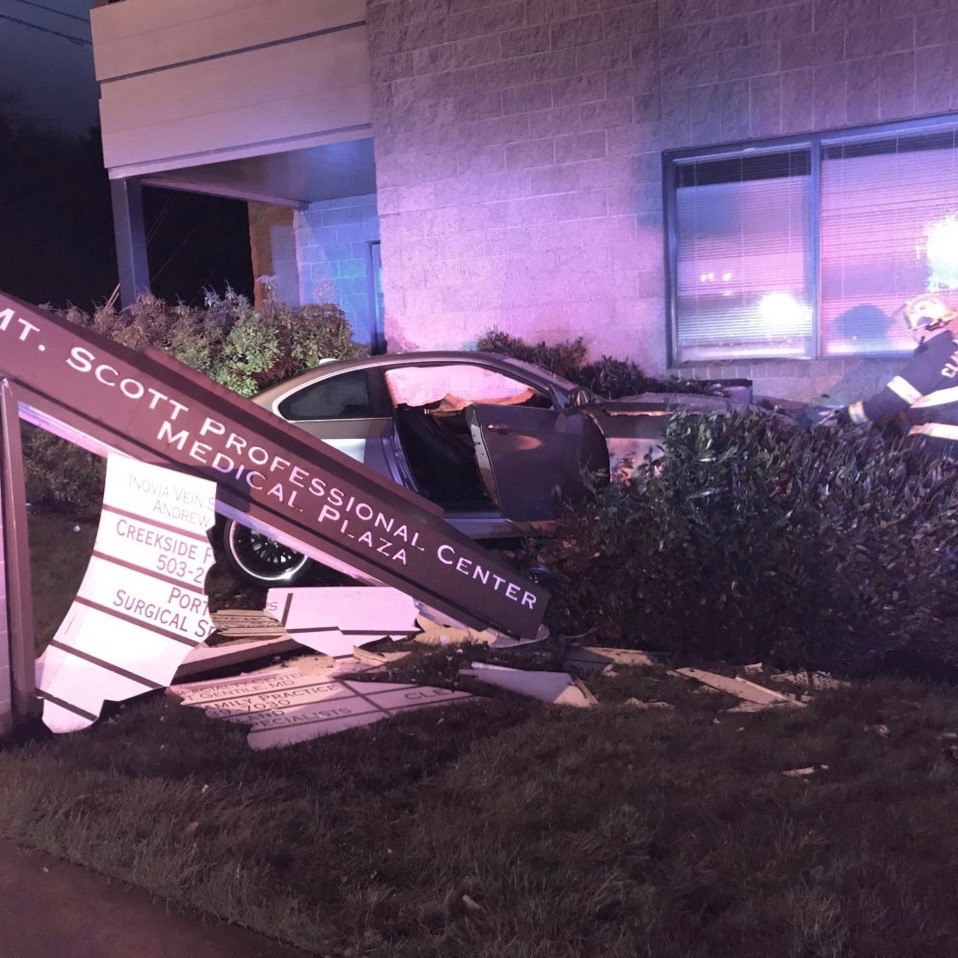 A female driving a Hyundai Elantra at a high rate of speed dove through the intersection and off the road.  The vehicle went through a fence and some bushes, and then collided with a residence. The building was later determined to be an apartment building.

Thankfully, no one inside the residence was injured -- but a water main was ruptured and a load-bearing wall was damaged.

The driver of the car was identified as Chelsea Ryann Amos, 44 of Sandy.  She appeared to have been injured during the collision.

Firefighters from Clackamas Fire District #1 and paramedics from American Medical Response responded to render aid and make the structure safe.  The American Red Cross was requested to assist impacted residents.

Chelsea Amos was placed under arrest for DUII.  She was transported to an area hospital for treatment and is currently being processed. The extent of any other charges has not been determined at this writing.

Amos had a German Shepherd companion animal with her at the time of the crash.  The dog ran from the crash but was picked up by some residents from the apartments.  The dog did not appear to be injured, and was taken to Clackamas County Dog Services. 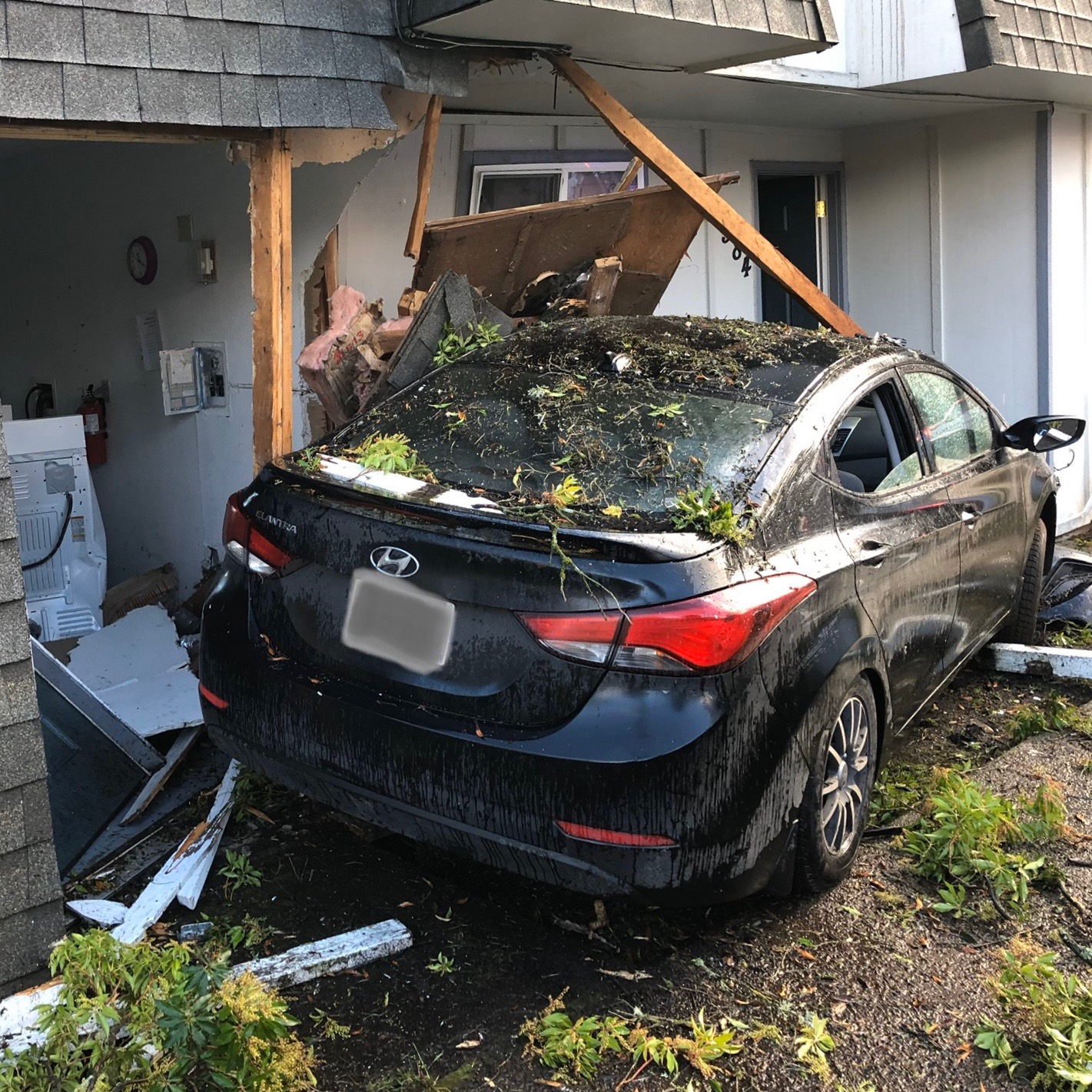 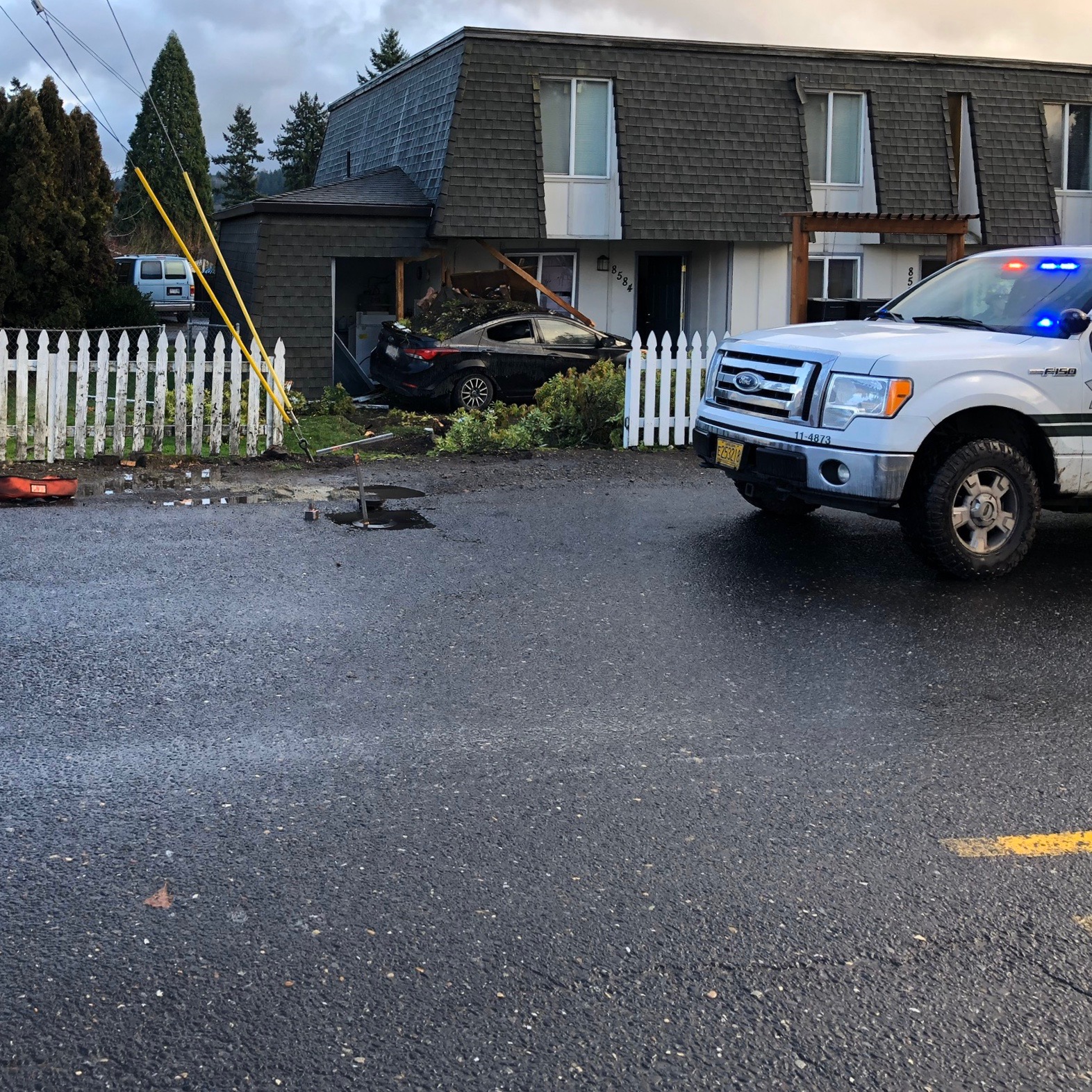