On 01/05/2020 at approximately 1438 hours, the Deschutes County Sheriff’s Office and the Redmond Fire Department were dispatched to an injury motor vehicle crash at the intersection of Northwest Way and Coyner Avenue.  Dispatch advised both vehicles had sustained major damage, both drivers were injured, and the female driver was trapped in her vehicle.

The investigation revealed Klingensmith was south bound on Northwest Way and Smith was north bound on Northwest Way.  Smith attempted to turn west bound on to Coyner Avenue and struck Klingensmith’s vehicle on the driver’s side.  The crash blocked the intersection for approximately one hour until vehicles could be removed from the scene.  Alcohol is not a factor in this crash.  Smith was cited for making a dangerous left turn.

The Deschutes County Sheriff’s Office was assisted at the scene by the Redmond Fire Department and the Oregon State Police. 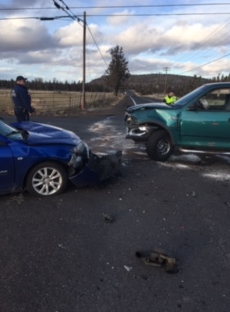 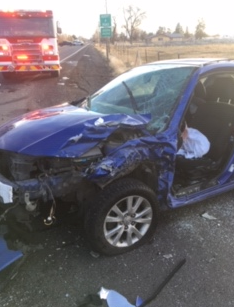