At 8:55 a.m. on January 7, 2020, Roseburg Fire Department personnel responded to a reported structure fire at 166 SE Hoover Avenue.   Upon arrival on scene, firefighters found a single story residential structure with smoke showing from the eaves of the home.  Firefighters conducted a primary search for a possible rescue when determining there were no occupants inside the structure at the time of the fire.  Firefighters made an interior attack to extinguish the fire and completed overhaul.  The home sustained structural and water damage.  The displaced family included two adult residents and five children; however, no one was injured in the fire.  The American Red Cross is assisting the displaced family.

A fire investigator was on scene and the cause of the fire was determined to be accidental and most likely electrical in nature.  Ten firefighters assisted with firefighting operations.  Other agencies assisting with the fire included Umpqua Valley Ambulance, Avista Utilities, Roseburg Police Department, American Red Cross, and Pacific Power. 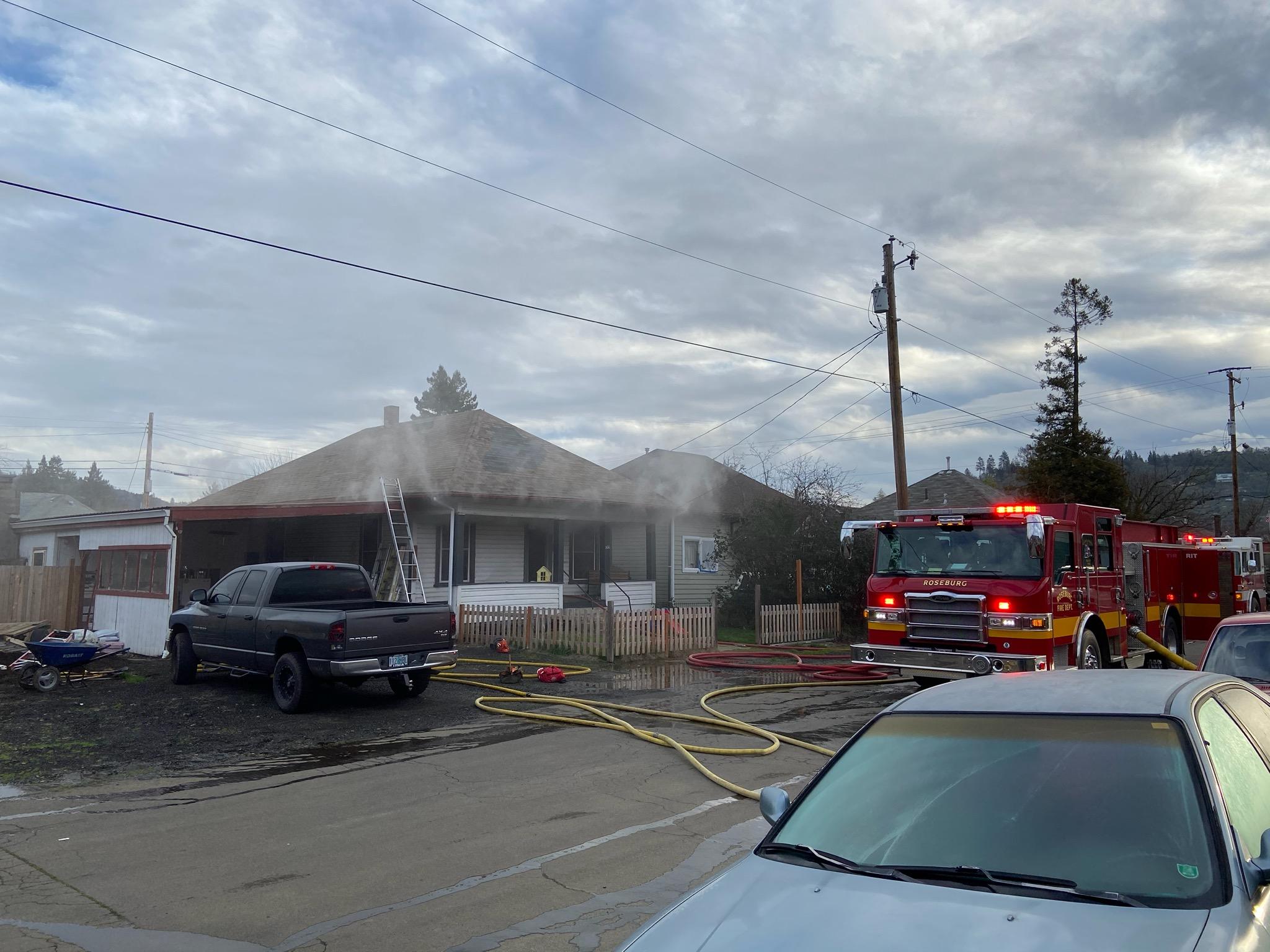