Arrests Made in Homicide Investigation

CENTRAL POINT, Ore.  The  Jackson County Sheriff’s Office has announced two arrests in a homicide case from January this year.

The investigation began on the morning of 011020 when  JCSO was dispatched to a report of  a deceased person along the roadside on Cobleigh Road near Butte Falls. The victim was later identified as Cody Joseph Baize, 28 years old, of Grants Pass, Oregon. The case was  investigated by the Jackson County Major Assault Death Investigation Unit.

Bull had been lodged in the Josephine County Jail for a Post Prison Supervision Sanction on an original charge of Delivery of Controlled Substance to a Minor. He was arrested there and taken to Jackson County Jail.

Johnson had been  lodged in Jackson County Jail for Parole Violation on an original charge of Robbery II.  Additional charges in this case were added today.

JCSO thanks the following agencies for their valued assistance in this investigation:

If anyone has information that may further assist this investigation, please call the Jackson County Sheriff’s Office Tip line at 541-774-8333. 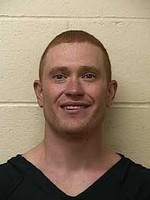 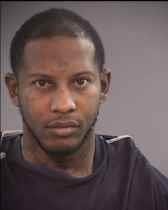