On April 15, 2020 at approximately 1212 hours, officers from the Coos Bay Police Department along with the assistance of the North Bend Police Department, Oregon State Police, Coquille Tribal Police, and Confederated Tribal Police, responded to the area of John Topits park off of Ackerman Street in Coos Bay for an incident involving a man who had been shot.

When officers arrived, they were able to contact all parties involved and at this time the details to the incident are still under investigation and the injured party was transported to Bay Area Hospital with what appears to be non-life threatening injures.  The Coos Bay Police Department would like to ensure the public that all parties associated to this incident have been contacted and are accounted for; the park remains safe and open to the public.

The Coos Bay Police Department urges anyone who may have information pertaining directly to the incident to contact the police department at 541-269-8911. 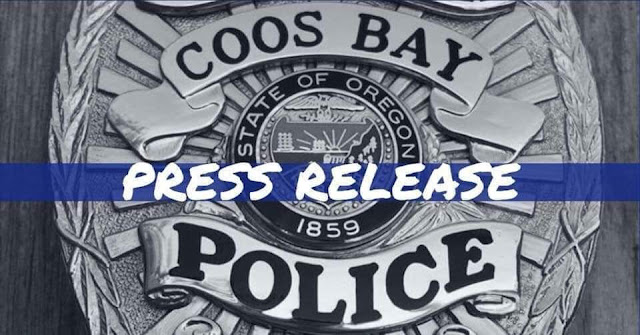