On Thursday April 9th 2020  at about 5:23pm Corvallis Police Department Officers were dispatched to a report of a fight at Dari Mart, 440 SW Western Bv.  Callers reported two men fighting in the parking lot, and during the course of the fight one of the men pulled out a handgun, waving it around after chasing the other man back into the store.  Officers arrived less than one minute after being dispatched.

The officers learned Ricky Jones and Alec Blaeser had pre-existing animosity towards each other, with Jones accusing Blaeser of following his wife.  Blaeser visited the Dari Mart that afternoon, and as he walked out to his car he was confronted by Jones, who pushed Blaeser into his car through the open car door.  They began physically fighting.

As the physical fight concluded, Jones moved away from the car.  Blaeser produced a handgun and fired a shot.  Jones retreated inside the store, and Blaeser followed him.  Blaeser then waved the gun around while inside the store.

Responding officers were able to take both men into custody without further incident; charges are listed below.  Blaeser received minor injuries during the fight; officers confirmed a shot was fired from the gun, but were unable to determine where the bullet struck.  There were no known injuries from the gunshot.  The gun has been recovered.

We are aware of at least one witness that fled when Blaeser produced the gun that has not been interviewed by the Corvallis Police Department; anyone who has additional information or witnessed the incident is encouraged to contact Ofc. Ryan Bell at 541-766-6924

The Corvallis Police Department is grateful nobody was seriously injured in this incident.  If anyone has any information that would confirm where the bullet struck, we encourage them to call in.


Persons charged in this investigation are as follows: 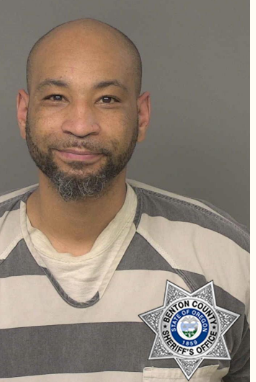 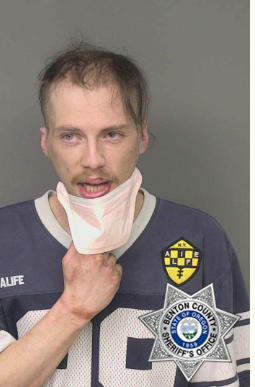