On the above listed date and time Springfield police responded to the apartment complex located at 1950 2nd Street for a possible gunshot wound. The victim was located and transported to Riverbend Hospital via ambulance. The victim in this case later died from the injuries received.
The victim, Krystal Jones, lived with Gino Mattei at the time of this incident. Mattei fled the scene of the Murder, but was located and arrested several hours later by Springfield Police Officers. He was transported to the Lane County Jail and lodged on the listed charges.
Police are still gathering evidence from the scene at this time and ask anyone with information about the Murder to contact the Springfield Police Investigations Division at (541) 726-3721 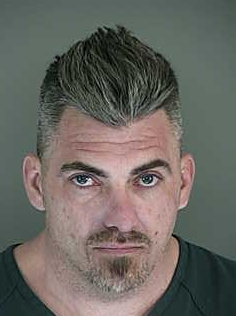