Deputies and Detectives with the Deschutes County Sheriff’s Office worked throughout the night and early morning hours processing evidence at the scene and conducting follow-up to this investigation.  Detectives identified Cody Tanner Colton as a suspect in this case.  Further investigation determined Colton was located at an address in 1600 block of SW 27th St. in the city of Redmond.

Detectives with the Deschutes County Sheriff’s Office Street Crimes Unit, Criminal Division and Detectives with the Central Oregon Drug Enforcement Team began conducting surveillance on the residence.   Members of the Deschutes County Sheriff’s Office SWAT team arrived in the area in preparation for a service of a search warrant for the residence.

Prior to the search warrant being served, Detectives conducting surveillance saw a white male leaving the residence, who was identified as Colton.  Due to Colton leaving the residence on foot, SWAT team members who were staged in the area reacted quickly to take him into custody.  SWAT team members then made a tactical approach toward Colton and used a distraction device known as a “flash bang” to disorient the male.  The flash bang diverted Colton’s attention, which allowed SWAT team members to take him into custody without incident. The arrest was made near the intersection of SW Pumice Avenue and SW 21st St. at 12:34 p.m.

At the time of his arrest, Colton was armed with a loaded 9mm handgun, which he had concealed in his clothing.  Colton was then transported to the Deschutes County Sheriff’s Office Adult Jail on the listed charges.
Charges: Attempted Murder, Assault I, Unlawful Use of a Weapon, Felon in Possession of a firearm, Parole Violation Warrant.

This case is still under investigation. 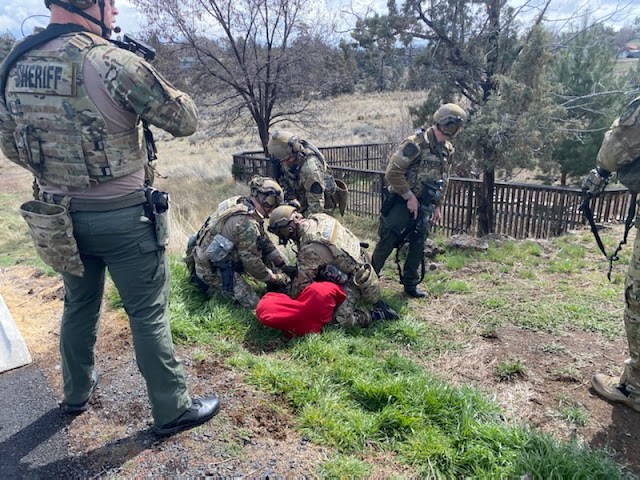 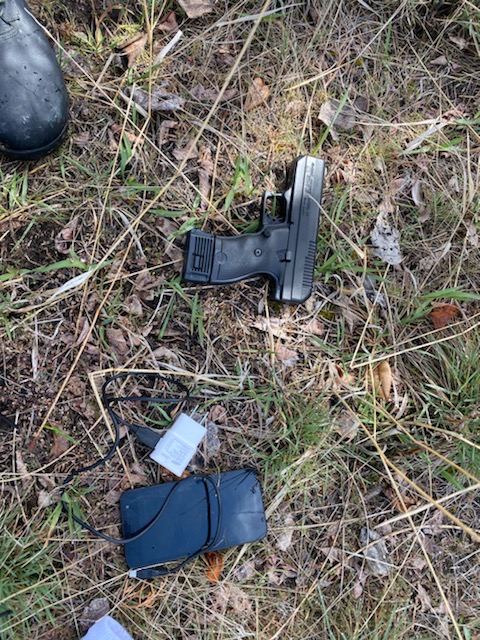