Several witnesses reported a lime green with grey highlights 2000’s model Subaru Outback hatchback with dusty red dirt operated by a heavy set male with grey ear length hair and a full beard driving the wrong way (westbound in the eastbound lanes) on the exit 85 off ramp and Interstate 84.

Several vehicles were able to swerve and avoid the vehicle.  While attempting to avoid the vehicle a Ford Focus, operated by Peter Chapman (24) of Vancouver WA, swerved, struck the center divider and rolled onto its side.

Chapman was belted and not injured.

The suspect vehicle did a U-turn on the freeway and proceeded back towards exit 85.  It is unknown if the vehicle went back into The Dalles or continued westbound on the freeway.

OSP is requesting anyone with information regarding the Subaru or the man driving it to contact OSP Dispatch at 1-800-442-0776 or OSP and leave information for Trooper Michael Holloran. 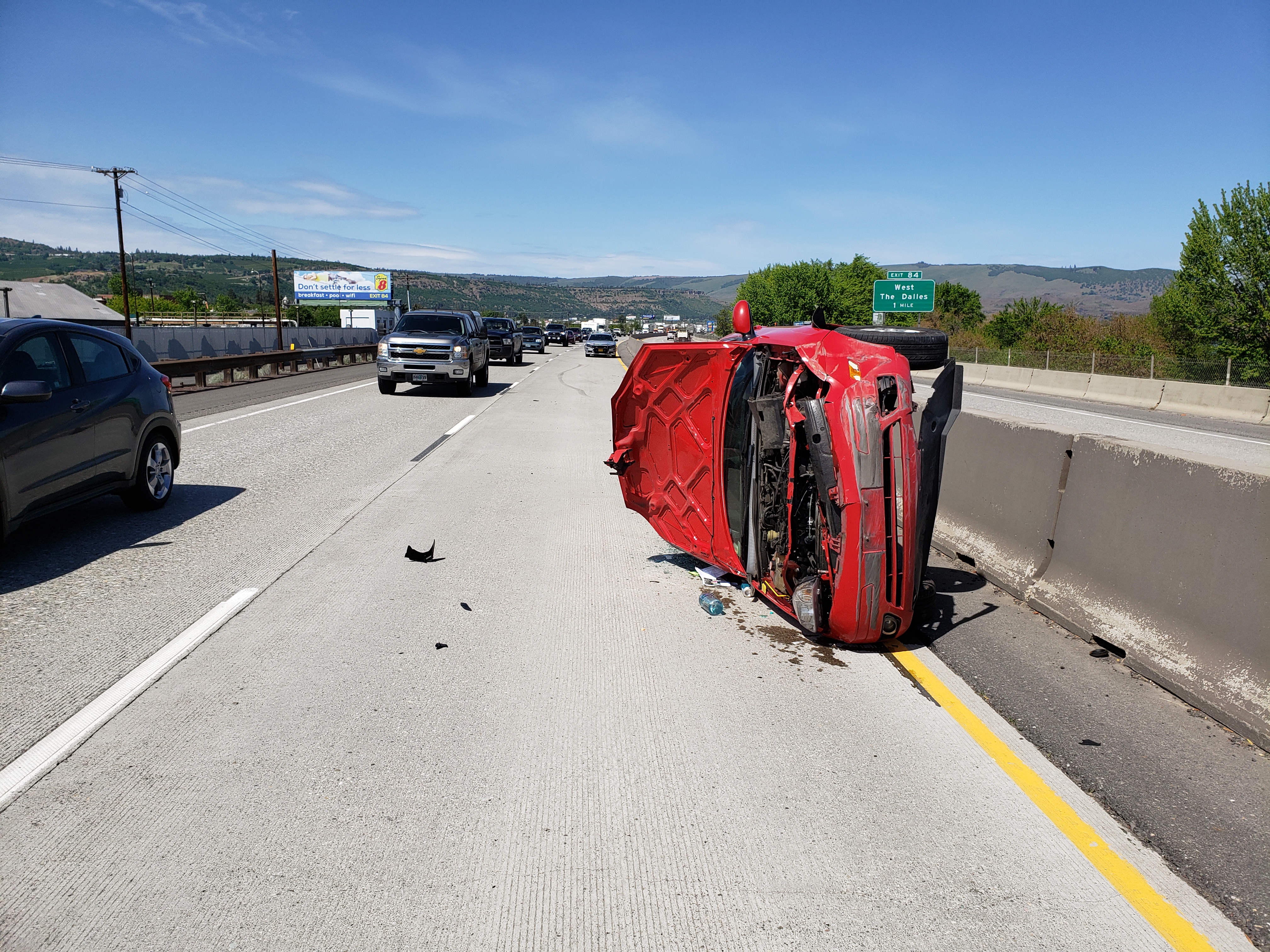 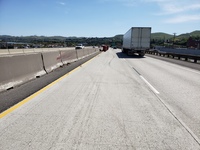