On Sunday, May 3, 2020 at approximately 11:47 P.M., Oregon State Police Troopers received a report,  from a motorist, that he had been shot at while driving on I-5 in northern Douglas County.

The motorist continued to travel northbound on I-5 for approximately 20 miles (with a flat tire) before Troopers located him in a rest area in Southern Lane County.   Subsequent investigation revealed the driver was under the influence of marijuana and his paranoia led him to believe he had been shot at after a tire on his vehicle had a blow out.

Troopers located approximately 95 grams of marijuana, marijuana items and $29,790 in cash. The cash was concealed in a package of diapers and the marijuana was located in the driver compartment of the vehicle.

The driver, Juan Felipe Moreno (20) of Florida, and the passenger, Jose Noe Guisjon (30) of California, will be referred to the Lane County District Attorney's Office for Money Laundering.

Moreno was cited for Driving Under the Influence of Intoxicants.

Oregon State Police was assisted by the Department of Homeland Security Medford Office. 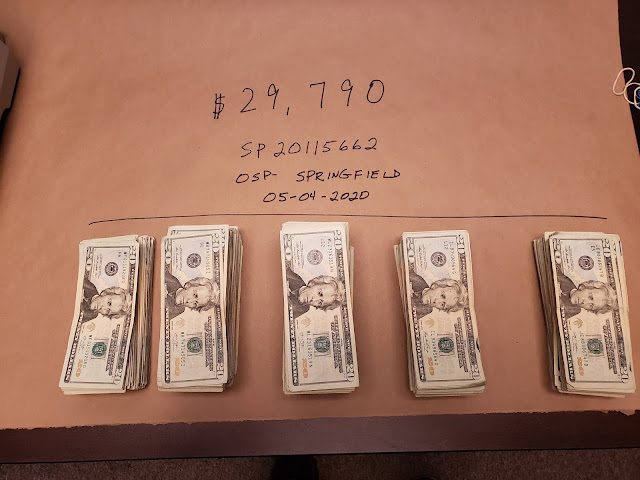