On May 5th, 2020, a Deschutes County Sheriff’s Office Deputy received information from concerned citizens about a video that was posted on Snapchat, a popular multimedia social media application.

DCSO Deputies located the video posted by Burgess and identified all of the people shown in the video. The 30 second video shows a 4 month old girl sitting in Burgess’ lap while she is playing with and chewing on a large plastic bag containing marijuana as several adults watched.

The video pans across the room and shows the baby’s grandmother, Raechel Gilland, watching as the baby puts the marijuana bag in her mouth. During the investigation, it was determined that Gilland gave her granddaughter the bag of marijuana because the baby was teething and did not have anything else to sooth the baby.

Burgess recorded the scene and posted it to his social media where it was seen and shared.

Gillard and Burgess were both cited, in lieu of custody, for Endangering the Welfare of a Minor and Recklessly Endangering Another.

The citations were issued in accordance with the Deschutes County Sheriff jail’s COVID-19 protocols designed to protect jail staff and inmates. Instead of a “physical arrest”, the citation-in-lieu-of-custody releases the person on the promise to appear in court at a specified date and time.

A citation-in-lieu of custody is still an “arrest” and does not discount the seriousness of the alleged crimes.

The Oregon DHS Child Protective Services assisted at the scene and assumed care of the 4 month old child and a 2-year-old sibling.

The Deschutes County Sheriff’s Office encourages adults to keep cannabis, cannabis products and packaging from way children. Although Oregon adults can now legally use marijuana, the Oregon Health Authority reports marijuana and its packaging have many chemicals that may negatively affect developing fetuses, babies and young children.
The Deschutes County Sheriff’s Office is a full service agency that oversees the adult jail, provides patrol, criminal investigations, civil process and search and rescue operations. 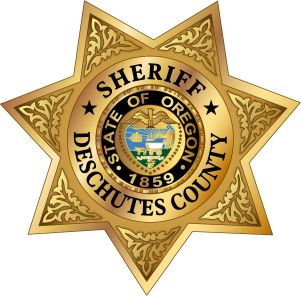