The driver of the involved CMV has been identified as Marlo Griffin (70) of Medicine Hat, Alberta, Canada.  Charges of Failure to Perform Duties of a Driver and Assault 4 will be forwarded to the Union County DA for consideration.

Responding Troopers located a Mazda 626 , operated by Robert Floyd (56) of North Powder, in the median. Floyd had minor injuries. Floyd stated that he was passing a CMV (Commercial Motor Vehicle) when it changed lanes in to him causing him to lose control and roll several times before coming to a stop in the median.

An uninvolved CMV had dash camera going and recorded the incident. https://youtu.be/yFCVzm_ux_g

The involved CMV has unknown Ontario Canada license plates. OSP is requesting anyone who may have information regarding the involved CMV or the operator to contact the OSP Dispatch at 1-800-442-2068 or OSP and reference case SP-20-112219. 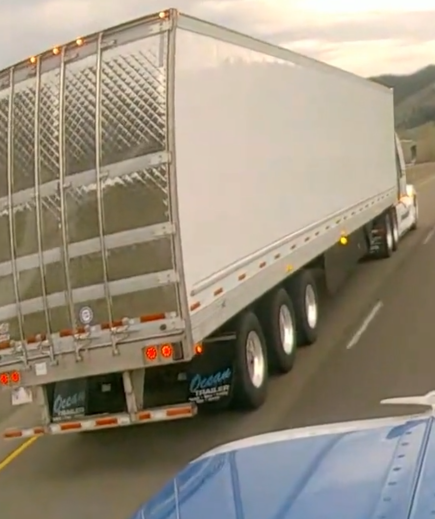