In October of 2019, Medford Police received a report of a large scale embezzlement victimizing a local business, Western Auto Sales and RV, at 1492 Burlcrest Drive. The suspect was the bookkeeper, Notja Busnardo, aka Brower, who had recently been fired.

The case was turned over to a Medford Police Detective, who investigated financial records involving the business and suspect.

The investigation revealed that the suspect embezzled money from the business from July 2018 until October, 2019.  A total of $161,434 was stolen during that time, which contributed to the business having to close its doors shortly thereafter.

None of the stolen money was able to be recovered.

She was charged with the following: 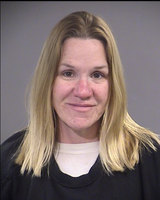