A getaway car with a dead battery helped deputies arrest two thieves on a variety of charges after a failed heist at the Clackamas Promenade Kohl's department store.

At 3:30 p.m. on Nov. 30, Clackamas County Sheriff's Office deputies responded to Clackamas Promenade on the report of a theft that had just occurred at the Kohl's department store.

Dispatchers relayed that Kohl's loss-prevention officers had spotted a subject running from the store carrying an armful of stolen merchandise.

They also reported spotting a second male who might be involved. This second male was next to a getaway car that wasn't making much of a getaway.

When the first suspect carrying the stolen merchandise reached the getaway car, the duo ran into some bad luck: The car's battery was dead, and the two men needed a jump-start.

The suspects reportedly began asking others in the parking lot for a jump.

This unfortunate delay proved to be their undoing: Deputies arrived on scene as the two had the getaway car's hood up and were still trying to get a jump.

Mr. Shurts was identified as the man stealing items from the store. He was also found to be in possession of several counterfeit bills in his pocket.

Deputies were able to recover the stolen items from Kohl's, which included clothing and shoes. They found the merchandise inside the getaway vehicle, along with several other items of considerable interest to authorities, including:

Mr. Shurts told deputies that Mr. Stavig offered him $1,000 as deputies were arriving -- if Shurts would take the blame for everything. Mr. Shurts declined the offer.

Deputies interviewed Stavig about the items located in his car. Stavig claimed all the items belonged to his wife, who wasn't present.

Stavig denied any criminal activity, and presented several explanations for why he possessed the above-listed items. For example, Stavig stated one of the recovered credit cards belonged to a friend he'd given a ride to earlier in the day. That friend told him to hold on to the credit card and get some fuel with it later. (As deputies investigated further, they discovered that particular credit card was used to purchase a bag of items from Dick's Sporting Goods and additional items at Target, not fuel. Deputies were also able to confirm Mr. Stavig was the person who used the credit card at those stores.)

Deputies were also able to identify and contact the owner of one of the laptops found in the car. They learned that person's car had been stolen in the City of Portland. The victim's laptop and phone had been inside the car at the time of the theft. One of the phones recovered from Stavig's vehicle was also stolen from this victim.

Many of the credit cards had altered information on their magnetic strips, as well as writing on the cards that appeared to be ZIP codes and PIN numbers. Information obtained from the credit cards allowed deputies to identify nine victims of Identity Theft.

Raymond Stavig was arrested on charges including Identity Theft, Theft II, Possession of Methamphetamine and warrant out of Multnomah County for Aggravated Identity Theft. He was booked at the Clackamas County Jail. His booking photo is attached.

Derek Shurts was arrested on charges including Possession of a Forged Instrument, Theft II, and a warrant of out Crook County for Possession of Heroin.

ADDITIONAL TIPS SOUGHT: Anyone with information on criminal activity by Raymond Stavig or Derek Shurts is urged to contact our Tip Line -- by phone at 503-723-4949 or by using the online email form at https://www.clackamas.us/sheriff/tip . Please reference CCSO Case # 20-025559. 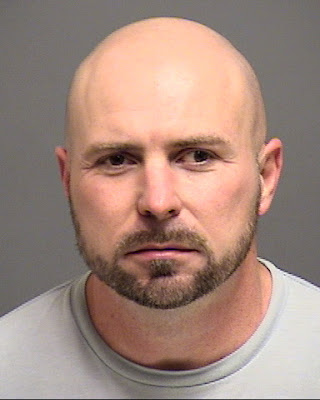 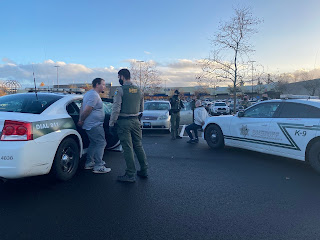 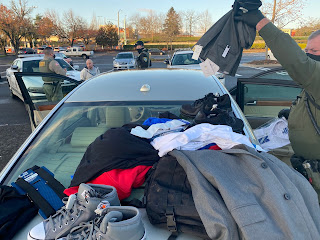 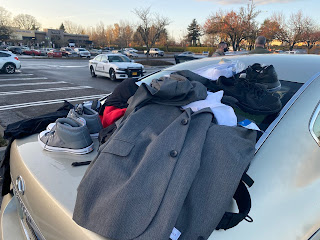 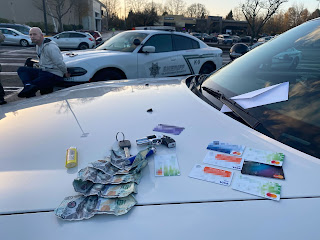 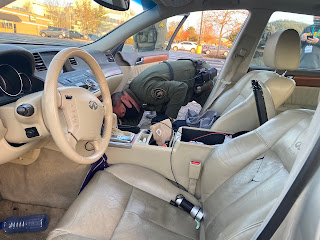 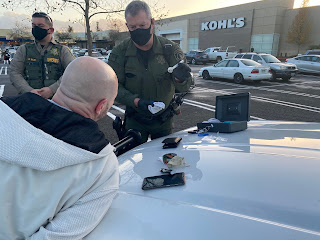 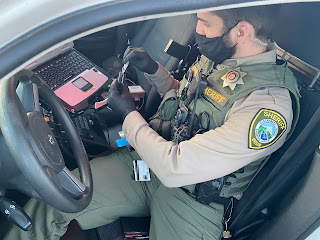