On Monday December 7th, 2020 at 6:19AM the Josephine County Sheriff’s Office received a 911 call for service reporting a domestic violence incident on Pinewood Way in the Illinois Valley.

She informed dispatch, a roommate was unable to get out of the house when she did.  Hostage Negotiators from the City of Grants Pass Department of Public Safety were requested and responded to the area, along with a contingent of GPDPS SWAT Officers to help contain the incident location.  A second request was made to the Oregon State Police for the assistance of OSP SWAT and the request was authorized.

GPDPS Negotiators were able to make telephonic contact with the male subject.  At approximately 1:30PM shots were fired by both law enforcement and the male resident. Both, residents remaining within the home were located and pronounced deceased.  At this time names of the deceased will not be released pending notification of next of kin.  There is no further threat to the public stemming from this incident.

The investigation has been turned over to the Major Assault Death Investigation Unit of Jackson County.  Further information will be released as it becomes available upon approval of the Josephine County District Attorney’s Office. 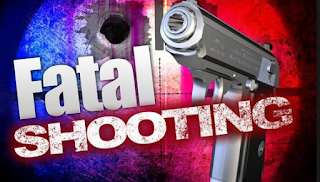