On Saturday December 19th at 9:19pm Officer Bazer stopped 2 vehicles for traffic violations near S 15 and S A St in Springfield.  During the investigation, one of the vehicles fled the scene.  The vehicle was located a short time later hidden off S 16th St and S A St near a storage unit.  As an Officer approached, Hoffer exited the car and ran across South A St.  A foot chase ensued.  Hoffer jumped a fence into the yard of a business in the 1500 block of S A St.  K9 Officer Douglas and his Police dog Nord made entry into the industrial yard and started tracking the suspect.  They began finding blood.  It was later determined Hoffer injured himself in several places while jumping the fence.  K9 Nord led Officers through another fence and into the yard of a neighboring business.  K9 Nord alerted to the bed of a work truck, and Officers found Hoffer trying to hide.  He was slow to respond, but compliant.  He was taken into custody without incident, and treated at a Hospital for the injuries he sustained jumping fences.  He was later lodged on the warrants and the listed new charges.

The other vehicle Officer Bazer stopped remained on scene and was given a warning. 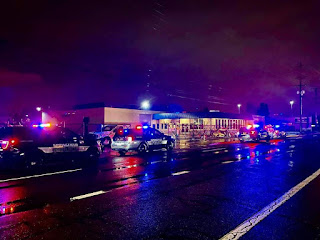 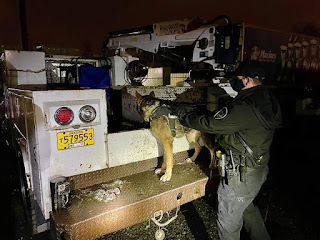 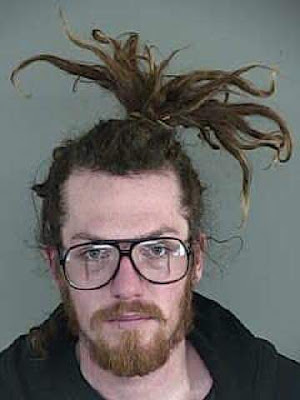