MAN ARRESTED AFTER FORCING HIS WAY INTO AN OCCUPIED HOME

On Wednesday, December 16, 2020, at 11:21 p.m., Washington County Sheriff’s Office deputies responded to a burglary call at a home in the community of Aloha, near the intersection of SW Willow Creek Court and SW Willow Creek Drive. The residents said they heard knocking at their front door and then realized someone had forced their way inside. The person was wearing a black and red mask, holding a flashlight and a shovel, and identified themselves as a federal agent. Shortly after, the suspect fled on foot but left the shovel they were holding in the home’s front yard.

When deputies arrived, they were given a description of the suspect and began searching the area.

About 25 minutes after the original burglary call, a community member called dispatch and said someone was trying to break into a vacant home across the street from them. Deputies went to the location, which was approximately half a mile down the road from the original burglary call, and located 37-year-old Timothy Henry of Gaston. Mr. Henry matched the description deputies were given of the burglary suspect. Mr. Henry also had a flashlight, red bandana, and black mask in his sweatshirt pocket.

My. Henry was lodged in the Washington County Jail for burglary in the first degree, unlawful use of a weapon, criminal mischief in the second degree, and menacing. Mr. Henry was also placed on a federal probation hold.

Mr. Henry is not a federal agent. 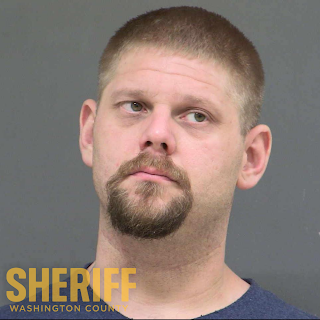