On 120620 at approximately 8:02 pm, Medford Police Officers were dispatched to the listed motel for an assault report. Upon their arrival officers located a deceased 28 year old male in the motel room. Injuries to the deceased male were consistent with an assault.

The listed suspect Jackson Frischman was on scene and identified as a suspect. He was taken into custody without incident and later lodged at the Jackson County Jail for Murder in the 2nd Degree.

This investigation is ongoing. Anyone with information is asked to contact the Medford Police Department Criminal Investigations Division (541-774-2230) 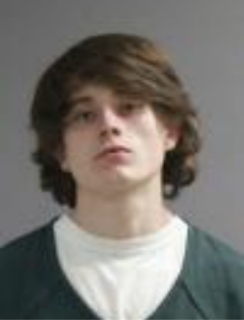