At 2:06 p.m. Firefighters were called to the abandoned Blue Heron Paper Mill located at 419 Main Street in Oregon City for a report of a fire in a building. First arriving crews reported heavy black smoke from a large abandoned commercial building, at the south end of the mill property and went to work to locate the fire, ventilate the structure and attempt to search the building.  The fire was quickly upgraded to a second and third alarm, bringing in additional firefighting resources.

As crews were begining firefighting operations, fire conditions changed, causing structural instability of the building and extremely high interior temperatures. This forced firefighters to exit the building to begin defensive fire operations. Several trucks with large aerial ladders and waterways were positioned around the building to spray water from above to extinguish the fire, while keeping firefighters in a safe location.  Additional fire hydrants were needed to support the large volume of water that was used to stop the spread of fire, causing Highway 99E and the nearby train tracks to be closed for a period of time while hoselines were stretched across.

Firefighters will remain on scene throughout the night to ensure the fire does not spread and fire investigators will be onscene during daylight hours to continue the investigation as to what caused the blaze.  No injuries have been reported. Clackamas Fire was assisted by Tualatin Valley Fire and Rescue and Gladstone Fire Department at this incident. 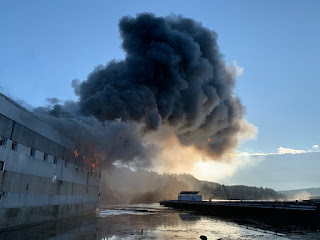 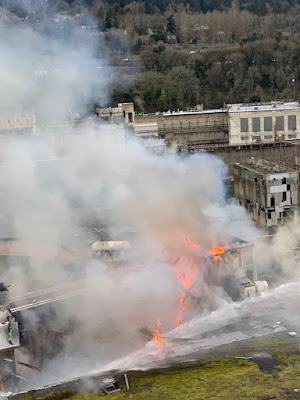 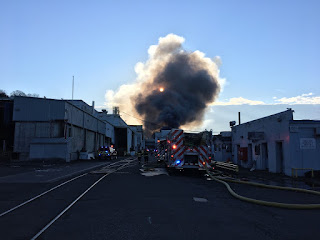 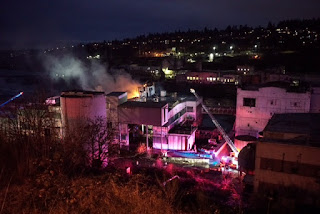 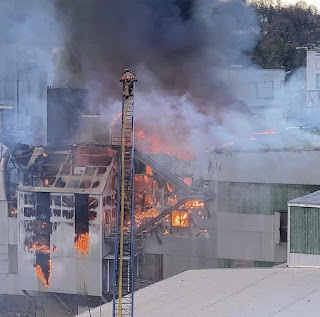 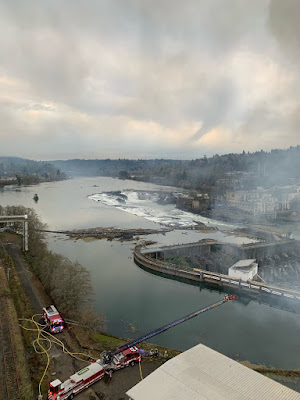