On December 12, 2020 at 8:43 A.M., three Klamath Falls Police Department marked patrol vehicles and one Klamath County Fire District #1 fire engine were on highway 97 near Dan Obrien Way investigating a crash involving a Commercial Motor Vehicle (CMV) and an SUV.  All vehicles were parked on the west side of the highway.

The front CMV did not stop and continued traveling southbound.  The second CMV remained on the scene of the crash.  The first CMV has not been located. 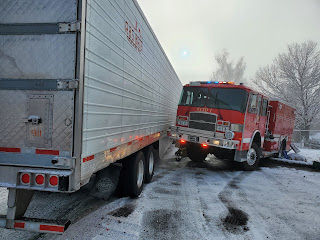 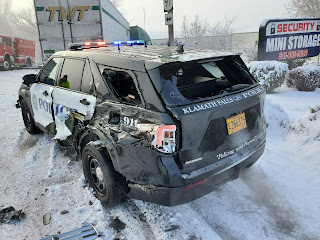 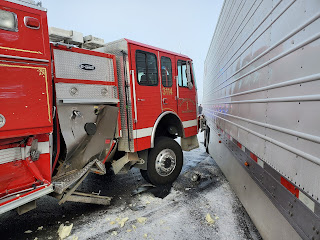 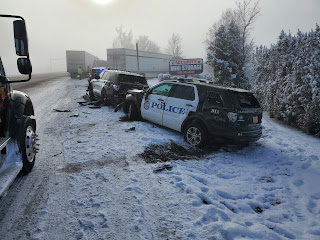