Deputies are asking for the public’s help in locating an Adult in Custody, AIC, who walked away from the Marion County Sheriff’s Office Work Crew. Blake Dale Johnson, 22, was working as part of a work crew project at Hillview Park, 502 Ewald Ave SE. in Salem. At around 10 a.m. on January 4th, 2021 he walked away from the work crew and his whereabouts are currently unknown. Mr. Johnson was in custody serving a sanction for a parole violation as well as a jail sentence for the crimes of Assault IV, Criminal Mischief II, and Contempt of Court. His scheduled release date was 03/23/21.

The Marion County Transition Center prepares AIC’s for re-entry into the community prior to release from custody.

Deputies are asking anyone with information about Mr. Johnson to call the Marion County Sheriff’s Office at 503-588-5032 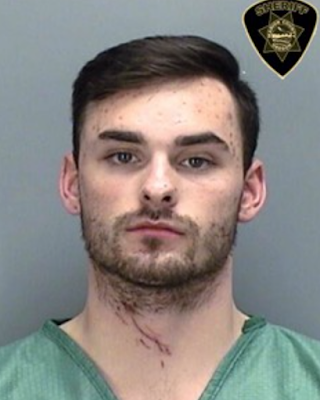