On January 5th, 2021 at 2223 hours Officers with the Springfield Police Department responded to 4475 Daisy Street #45 regarding an assault.

During the evening hours of January 5th, Randy Morphew engaged in a dispute with his elderly mother over money he believed to be owed.  During the argument, Morphew menaced his mother placing her in fear for her safety.  Morphew departed the residence with a knife while making threats against his uncle who resides in a trailer a few spaces from where his mother resides. Morphew ranted about the money he believed to be owed and broke several of the windows out of the uncle’s residence before fleeing on foot.  The police were notified; however, Morphew had fled the scene and could not be located.

Later that same evening the Springfield Police Department received calls from family and area neighbors that Morphew had returned home to his mother’s residence in space #45 and was again confronting her about money.  She was heard screaming and callers believed Morphew was in the process of assaulting her.   When officers arrived on scene Morphew was found standing on the front steps of the trailer covered in blood. He was yelling derogatory comments stating that he hoped his mother died.  His elderly mother emerged from the trailer covered in blood as she had sustained serious physical injuries during the assault.  She was transported via ambulance to an area hospital where it was discovered she sustained multiple facial fractures, lacerations, and an internal brain bleed.

Morphew was arrested and was lodged in the Lane County Jail on the above listed charges. 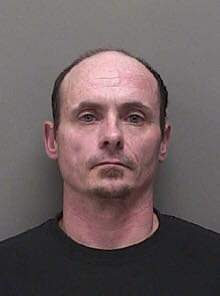