On February 8th, 2021 at approximately 2116 hours, the Grants Pass Department of Public Safety received numerous 911 calls from the 1200 block of NE Grable Drive. Callers reported vehicles being set on fire by a male suspect with a gas can. GPDPS Police and Fire/Rescue units were immediately dispatched to the area. The male suspect reportedly fled the area on foot shattering windows of other vehicles as he ran. Additional callers reported their car tires had been slashed while parked in the area of NE 12th Street and NE Meier Drive.

As Police units were arriving into the area, they observed citizens chasing the male suspect near the corner of NE D Street and NE Beacon Drive. The male suspect was placed in custody without further incident. The suspect was identified as 36-year-old, Grant Brannaman who has a listed Portland Oregon address. Grants Pass Fire/Rescue arrived and assisted with the fire clean-up as the fire had been extinguished prior to their arrival. One vehicle sustained heavy damage from being lit on fire. Brannaman was later lodged at the Josephine County Jail on the charges below.

1. Arson in the Second Degree

2. Criminal Mischief in the First-Degree x 2

3. Criminal Mischief in the Second-Degree x 3

4. Felon in Possession of a Restricted Weapon

It is possible there are other victims of this incident. If you are a victim, or have further information please call the Grants Pass Department of Public Safety at (541)-450-6260 and reference Case # 2021-6043. We would also like to the thank the alert citizens who assisted in apprehending the suspect. 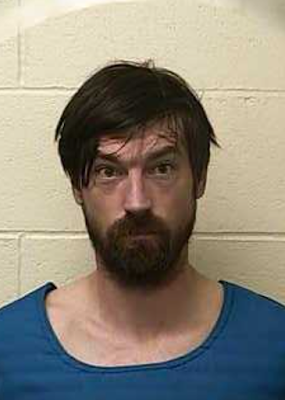