On Wednesday morning at about 1:30 A.M., the Grants Pass Department of Public Safety received multiple 911 calls of a domestic disturbance in the 1100 block of SW G Street. It was reported a male and female were arguing, and subjects were running back and forth from a vehicle to a residence. As police units were responding, 911 callers reported hearing gun shots, and seeing a dark colored SUV leave the scene at a high rate of speed.

When police arrived, a perimeter was established around the residence. Police contacted the occupants of the apartment and requested they exit.   Two females were initially detained until police could ensure nobody was injured inside, and there was no immediate danger to the public. Police collected evidence outside that confirmed gun shots had been fired. Through the investigation that followed, one of the females at the apartment was determined to have been the victim of domestic menacing with a firearm. The suspect, who was known to the victim, was located by police near his home in the 200 block of SW High St. The suspect was taken into custody and identified as 18-year-old Braeden Laahs.  The ensuing investigation revealed a firearm and other related items that were seized for evidentiary purposes. Laahs was later lodged at the Josephine County Jail on the following charges.

1. Unlawful Use of a Weapon (Firearm)

2. Felon in Possession of a Firearm

4. Pointing a Firearm at Another

Upon completion of the investigation, further charges may follow.  If anyone has information related to this incident, we ask that you please call the Grants Pass Department of Public Safety at (541) 450-6260 and reference Case # 2021-6275. 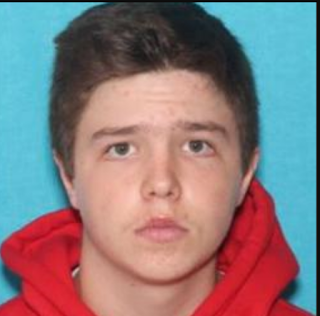