On February 4th at 1941 Officers with the Springfield Police Department responded to the 7-11 at 5808 Main Street regarding a bleeding and distraught female.  Information was quickly obtained that the involved females three minor daughters, ages 8, 6, and 4, had been kidnapped by her brother, Hill, who was experiencing a mental health episode. Additionally, it was learned that Hill had recently been released from the Oregon State Mental Hospital and was residing with his father in Springfield.

The mother of the children had responded to her father’s residence at 8557 Thurston Road, The Applewood Mobile Home Park, in attempt to resolve a dispute between Hill and her father.  The involved children remained in her vehicle watching a movie while their mother attempted to resolve the dispute.   During the dispute, Hill made a statement that he was going to go to hell.  At this point he ran from the involved residence and entered her vehicle, occupied by the three minor females.  Their mother pursued him and attempted to keep Hill from departing.  Hill departed from the location, dragging the mother of the involved children with the vehicle.  She fell from the vehicle and sustained minor injuries as her brother drove out of sight with her children in her vehicle.

Hill was transported to the Lane County Jail where he was lodged on the charges listed above.

If anyone has any additional information they are asked to call the Springfield Police Department at 541-726-3714. 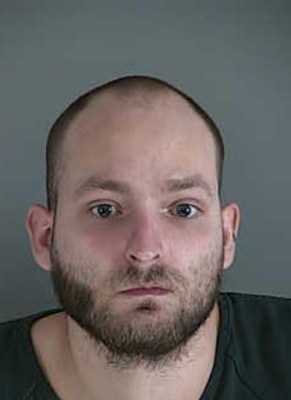