Update 2/1/21  at 1:40 p.m.:  We are saddened to report that missing man James Otterlee was found deceased on Sunday, January 31, 2021.  Investigation indicates Otterlee's vehicle left the roadway for an unknown reason and struck a tree off Pine Grove Road southwest of Eugene.  The vehicle was spotted by a community member and reported to the Sheriff's Office on Sunday. The Lane County Sheriff's Office and the Lane County Medical Examiner's Office are investigating the death.  Our thoughts go out to Otterlee's family and friends as they grieve.

The Lane County Sheriff's Office is seeking the public's assistance locating 80 year old missing man James Otterlee. James was last seen yesterday, January 27, 2021, around 11:30 a.m. when he left his home near Pine Grove Rd. in Eugene to go to Fred Meyer on West 11th in Eugene. James was last seen driving a silver, 2002 Hyundai Sante Fe with Oregon plate # 731 LVF. He was reported missing by family last night around 9:00 p.m. when he didn't return home as planned. Deputies have been searching for James but have not found any indication of his whereabouts.

James is described as an 80 year old white male standing 5'9" tall and weighing approximately 170 pounds with green eyes and gray hair. James has some mobility issues and becomes confused easily. He also takes daily medication which he does not have with him. 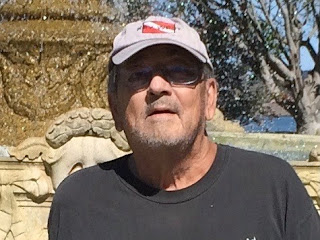