On January 29th, 2021 an elderly couple from Roseburg were dining at a restaurant in town, and when they left, the husband’s wallet was left behind.  They didn’t discover the wallet was missing until they drove to another location.  By the time they called the restaurant, employees were unable to locate it.

Within a very short period of time, the gentleman discovered his credit and debit cards had already been used to charge over $3,000 worth of charges at several Roseburg area businesses before he had been able to cancel them.

The Roseburg Police Officer who was assigned the case started working with different businesses and loss prevention staff to try and identify potential suspects.  Through his efforts, he identified a suspect vehicle, which he recognized from dealing with a particular person previously.  From that knowledge he was eventually able to identify several suspects who were involved in the case.

On February 4th, 2021 one of the suspects was found to be staying at the Days Inn Motel in Roseburg.  The officer applied for a search warrant, which was granted, and served the warrant at that motel room.  Property belonging to the victim was recovered during the service of that warrant.  Officers discovered evidence of other potential thefts from other people, and officers are continuing the investigation  into those potential thefts.

The resident of the room, 38 year-old Joseph Blake Cramer of Roseburg, was charged with the following crimes related to this incident:

Theft in the First Degree, Fraudulent Use of a Credit Card, Identity Theft, and Computer Crime.  Cramer also had warrants for his arrest for a Parole Violation and Unlawful Possession of Methamphetamine.  Cramer was lodged at Douglas County Corrections.

26 year-old Robi Mae Cockrum, also of Roseburg was implicated in the case and was charged with the following crimes on January 31st, 2021:

Theft in the Second Degree, Fraudulent Use of a Credit Card, Identity Theft, and Computer Crime. 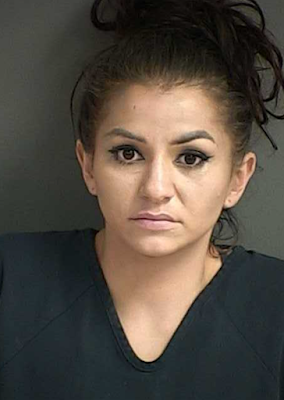 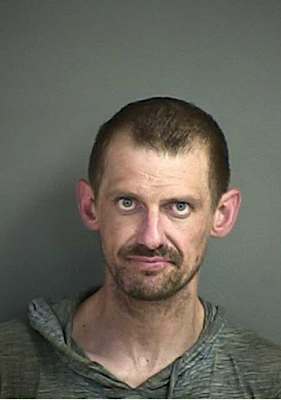 This picture is from a previous arrest.