On March 2nd at 2:45 am the Lane County Sheriff’s Office was dispatched to the 84000 block of Territorial Highway when residents reported an unknown male suspect had broken into their house and entered their bedroom.  A male resident armed himself with a handgun and chased the suspect out of the house.  A short time later while the male resident was on the phone with 911, he observed the suspect return towards his house.  The homeowner warned him not to come closer and to stop or he would be shot.   The suspect eventually left in a silver colored sedan.  The involved residence is in rural Lane County about 7 miles south of Veneta.

Responding deputies located the involved vehicle on Highway 126 near Lakeside Drive and detained 37 year old Jason Lackey.  During the investigation it was determined the homeowner had discharged a firearm as a warning shot away from Lackey, who was advancing on him at the time.   Jason Lackey was lodged at the Lane County Jail on the following charges:   Driving Under the Influence of Intoxicants, Burglary 1, Burglary 2, Attempted Theft 1, Felon in Possession of a Firearm, and Unlawful Entry of a Motor Vehicle. 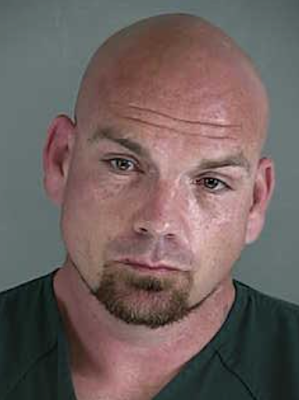