In January 2020, McMinnville Police Department patrol officers responded to a residence in the city regarding a 33 year-old adult male inappropriately touching a girl under 10 years of age.  The caller notified police that they had received a call from the child’s mother, asking for suggestions on what to do after the child disclosed inappropriate touching by Erick Munoz-Diaz, a resident of McMinnville.  The case was transferred to the McMinnville Police Department Detective Section for further investigation.

As is often the case with crimes involving child sexual abuse, child abuse offenders manipulate others to enter and remain in a position of trust with the victims and victims’ family members.  There have been many newsworthy and notable examples where child abuse offenders were able to ensure their victims’ silence for years or even decades after the abuse ended.  In this instance, a concerned adult learned of Munoz-Diaz’s inappropriate behavior and made a report that ultimately ended his pattern of child abuse.  If you witness or learn of circumstances that indicate a child is being abused or neglected, please notify your local law enforcement agency or Department of Human Services.

The McMinnville Police Department would like to thank Juliette’s House, Department of Human Services Child Protective Services, U.S. Marshals Service, and the Yamhill County District Attorney’s office for their cooperation and assistance in bringing this case to completion. 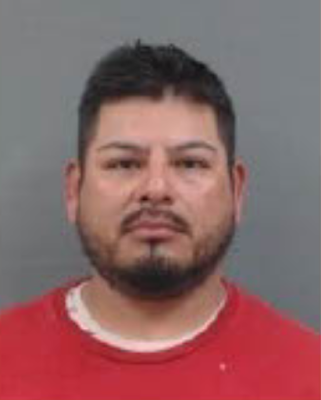