Arrest Made in Greenway Homicide

During the course of the homicide investigation, detectives developed a person of interest as Richard Hall, 43 years old. Hall was believed to be camping in the area of where the homicide occurred. On March 31st, 2021 at about 1225 hours, detectives located Hall walking on foot on the greenway, north of Railroad Park. Officers attempted to stop him, but he fled on foot. Officers caught him after a short foot pursuit. Hall was initially arrested on an outstanding warrant for Failing to Appear on a Trespassing charge. He was interviewed that day and lodged in jail on the warrant only.

Detectives continued the investigation and developed further evidence on Hall, resulting in criminal charges. The investigators believe Hall was an acquaintance of the victim, Mather, and developed a plan to murder him for reasons not being disclosed. Hall struck Mather in the head with a weapon similar to an axe, killing him. Hall then took the body to an area nearby and buried him with dirt and logs. The exact day and time of the death is still under investigation.

On April 1st, at about 2000 hours, detectives charged Hall with Murder and Abuse of a Corpse 2nd degree. No bail.

Photo of Mather provided by family. Our deepest condolences to his family and friends.

On March 30th, 2021,an autopsy was performed of the decedent. The manner of death has been ruled as homicide, and the cause of death is only being described as "homicidal violence." Details of the exact cause of death are not being disclosed at this time, to maintain the integrity of the investigation.

The identity of the victim has been confirmed as Aaron Michael Mather, 46 years old. Next of kin have been notified.

Mather is well known to MPD officers. He is known to be homeless and camped in the general area where he was located. If anyone has information on this murder investigation, please call 541-770-4783. Case 21-4424.

On March 26th, 2021, at about 10:15 a.m., Medford police officers responded to a report of possible dead body on the green way, north of Railroad Park. Officers found the remains of deceased subject, about 75 yards off the bike path, between the path and Bear Creek. Based on the circumstances of the scene, the case is being treated as a homicide. Medford police detectives are being assisted by the Oregon State Police Crime Lab and the Jackson County Medical Examiner's office.

At this point, the identity of the deceased is unknown, as well as sex, race and age. The decedent is an adult. More information will be released after an autopsy is performed. This is still in the very early stages of the investigation, and we appreciate your patience. 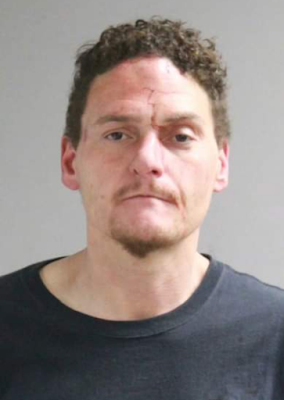 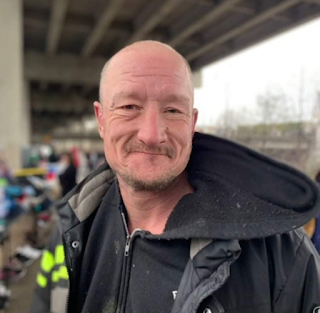