When deputies arrived, they located a 1990's pickup which had been traveling northeast before leaving the roadway and striking a tree in a small ravine. The vehicle became engulfed in flames which also started a small grass fire. Deputies located one occupant inside of the vehicle, who was declared deceased at the scene. Speed is believed to be a contributing factor in the crash.

The Douglas County Medical Examiner's Office is investigating the death and attempting to positively identify the occupant. Next of kin notification is pending. 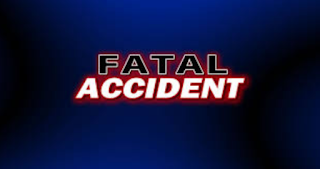