Tranberg was sentenced to 57 months in federal prison and three years’ supervised release.

According to court documents, beginning as early as June 2004 and continuing to January 2019, Tranberg defrauded Weyerhaeuser out of more than $4.5 million by submitting fraudulent invoices for payment to a fake vendor she created. Tranberg had worked for Weyerhaeuser in Springfield, Oregon in various positions for more than 40 years. A financial analysis determined that the vast majority of the money was used to fund a lavish lifestyle of expensive dinners, vacations, six-figure wedding expenses, and shopping sprees.

At some point in or before June 2004, Tranberg created a fake timber contract between the company and a vendor she named after her mother, who was unaware of the scheme. Over the next 10 years, Tranberg would use her positions in the company’s accounting and finance departments to request cashier’s checks, which she then cashed into her own bank account. During this time period, Tranberg requested and received more than $2.6 million.

In June 2014, Weyerhaeuser transitioned to a new payment processing system. To continue her scheme, Tranberg set up a fake vendor account in the new system and attached a letter purportedly from her mother describing the documentation provided to set up the account. This documentation included a Form SSA-1099 Social Security Statement and a forged Form W-9 Request for Taxpayer Identification Number and Certification. At the time Tranberg sent the letter and documentation, Tranberg’s mother had been deceased for five years.

After setting up the fake vendor account, Tranberg continued her scheme by forging colleagues’ signatures on check requests and using her colleagues’ computer login credentials without authorization to create requests and approve fraudulent payments. All requested cashier’s checks were sent via private or commercial interstate carrier directly to Tranberg. During these final five years, ending in January 2019, Tranberg requested and received nearly $1.9 million.

On January 29, 2020, Tranberg was charged by superseding criminal information with mail fraud, aggravated identity theft, and tax evasion. On January 30, 2020, she waived indictment and pleaded guilty to all three charges.

This case was investigated by IRS-Criminal Investigation (IRS-CI) and FBI, and prosecuted by Gavin W. Bruce, Assistant U.S. Attorney for the District of Oregon. 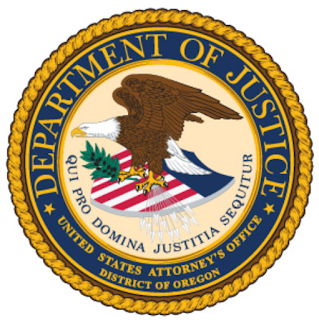