On Friday, April 16, 2021, at 5:50 a.m., Washington County Sheriff’s Office deputies responded to a shooting near the 4500 block of SW Minter Bridge Road, south of Hillsboro. It was reported to deputies that a man in a blue 2002 Dodge Caravan shot multiple times at a woman who was inside another vehicle. Deputies identified the suspect as 50-year-old Wilfredo Peraza-Domenech.

Just after 7 a.m., deputies found the van at a property near Mountain View Lane and Beaver Way in Forest Grove. Deputies saw Mr. Peraza-Domenech run from the van toward the property, which they immediately surrounded so he could not escape.

Three schools (Fern Hill Elementary, Neil Armstrong Middle School, and Swallowtail Waldorf Private School) were placed in lockout for a few hours while the Tactical Negotiations Team secured the perimeter of the property. Multiple other resources were called to the scene, including Violent Crimes Unit detectives, the Crisis Negotiations Unit, and the Remote Operated Vehicle Unit.

Shortly after 1:00 p.m., deputies executed a search warrant. At 3:40 p.m., after more than two and a half hours of searching the many buildings, vehicles, and possible places to hide, K9 Radar and his handler were instrumental in finding Mr. Peraza-Domenech on the property.

Mr. Peraza-Domenech was arrested and lodged into jail for attempted murder in the second degree, unlawful possession of a firearm, and unlawful use of a weapon. His bail was set at $250,000.

The Washington County Sheriff’s Office would like to thank Cornelius Police, Forest Grove Police, the nearby schools, and community members for their help during this incident.

The Tactical Negotiations Team (TNT) is an interagency, highly skilled, and well-equipped tactical unit that responds to extremely hazardous situations where conventional police tactics and equipment may be inadequate. Also known as SWAT (Special Weapons and Tactics), TNT is made up of Sheriff’s Office deputies and police officers from other departments in Washington County.

The Crisis Negotiations Unit (CNU) is an interagency team that works to create a peaceful resolution to what can be highly volatile situations. The team responds to many callouts throughout Washington County every year, oftentimes in tandem with the Tactical Negotiations Team. The team members are trained in crisis negotiation and use those skills to bring about the safest resolution possible.

The Remotely Operated Vehicle Team (ROVT) supports law enforcement operations throughout the county using robotics, unmanned aircraft (drones), and other cutting-edge technology. The agency-wide team is made up of jail and patrol deputies and often responds to incidents that involve the Tactical Negotiations Team or regular patrol operations. ROVT is leading the way in drone usage for law enforcement agencies, proving the technology can be useful in many circumstances. 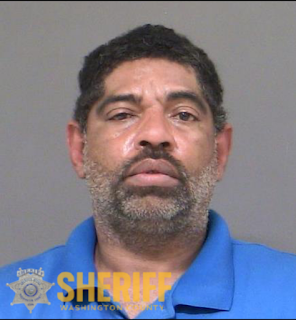 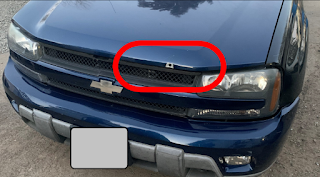