Mr. Davis is described as a 5’10”, 165 pound, 63-year-old white male with gray hair and blue eyes.  He was last seen wearing a white cowboy hat, camouflage jacket, black pants, and white shoes.  He is traveling with a black suitcase.

Mr. Davis’ disappearance is concerning and his current whereabouts are unknown.  There are concerns for his safety as he suffers from declining cognitive function.  We appreciate any assistance the public can provide in locating Mr. Davis.  If you know of his whereabouts, please contact the Redmond Police Department immediately through  Deschutes County Dispatch at 541-693-6911. 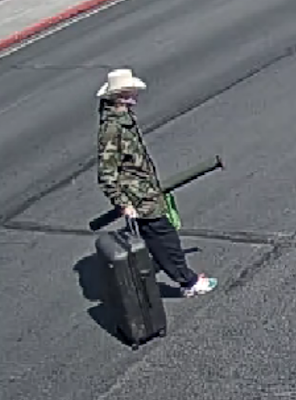