A fire originating near a furnace quickly spread to the attic of a home early Monday morning, displacing three people and two dogs.

Firefighters arrived to find an active fire burning the attic.  Firefighters were able to quickly make access to the attic by cutting several holes to extinguish the fire.  Firefighters remained on scene to completely overhaul the attic and make sure no fire remained.  Several rafters in the attic were severely burnt.

The fire was reported under control within 25 minutes and no injuries were reported.  The American Red Cross was requested to assist the three adults and two dogs.  Winston Dillard Fire District and Douglas County Fire District No. 2 responded to the incident with 3 engines, 1 water tender, and 2 command vehicles.  Crews were also assisted by the Douglas County Sheriff's Office. 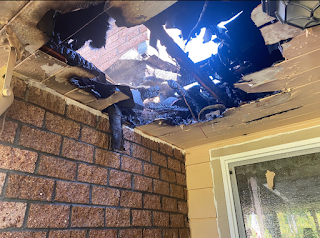 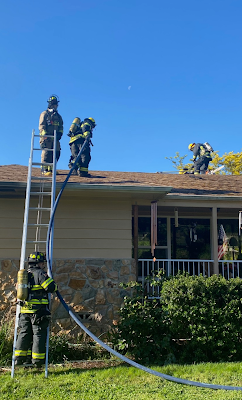