(Douglas County, Ore.)  The Douglas County Board of Commissioners are mourning the passing of Douglas County Surveyor, Kristian “Kris” DeGroot, who passed away unexpectedly this morning, Monday, August 2, 2021. The Commissioners, together with their families, would like to would like to express their deep sadness and extend sincere condolences to Kris’s wife, Kathleen of 45 years, his children and grandchildren, his family, his friends, his church community, his staff and all of the employees here at the county.

“Kris was a consummate professional.  He was a valued and important member of the County’s Elected Official Team, and was highly respected by his staff and colleagues here at the County.  As the liaison Commissioner for the Surveyor’s Office, I was honored to know and work with Kris for the last two and a half plus years. It is a heartbreaking loss for his family and our community, as well as an incredible loss for the County. Kris’s dedication to his job, and his wealth of knowledge in the surveying field will be very hard to replace,” commented Commissioner Tom Kress.

Kris has served as our Douglas County Surveyor, an elected position, since January 2015.   He first won his bid for office in 2014, and was re-elected in 2018.  He was two years and 8 months into his second four-year term as our County Surveyor.  As a part of his duties, Kris was the Department Head and managed the Douglas County Surveyor’s Office with four county employees.  A County Surveyor's duties are outlined in Oregon Revised Statute (ORS) 209.070. These duties include keeping a fair and correct record of all land surveys made in the County, as well as working on the restoration, preservation, and documentation of land corners established by the federal government beginning in the 1850’s.

Kris grew up in Douglas County, and graduated from Glide High School in 1969.  While he attended both Oregon State University (OSU) and the University of Oregon (U of O), he received his Bachelor of Science in Economics from the U of O in 1974.  Kris owned and operated BTS Engineering and Surveying in Roseburg for over 43 years. Early in his career, he worked at Coos, Curry, Douglas (CCD) Business Development Services as an Economic Analyst, and for Shaner Engineering of Roseburg as a Land Surveyor.   Kris was a member of the Oregon Professional Land Surveyors, a member of the Professional Land Surveyors of Oregon, and a member of National Society of Professional Surveyors.  Kris was very active in his church and loved to spend time with his children and grandchildren.  He will be greatly missed. 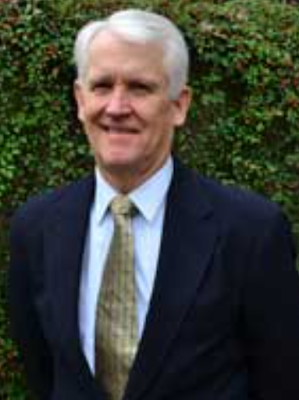