The Roseburg Police Department will be taking part in a pedestrian safety enforcement blitz on Monday, June 18th. The ability to take part in this event was made possible by a grant that was obtained through Oregon Impact.

The goal of this event is to reduce pedestrian injuries and fatalities and to remind drivers to be cautious when approaching crosswalks, and to yield to pedestrians who are utilizing those crossing areas. According to statistics provided by the Oregon Department of Transportation, pedestrians accounted for an average of 14% of traffic fatalities from 2008 through 2010 in Oregon. For 2008-2010, an average of 660 pedestrians were injured and 51 killed in motor vehicle crashes. Oregon's streets and highways are busy -- roadways that must be shared by drivers and pedestrians alike. The majority of driver errors in motor vehicle / pedestrian crashes are a failure of drivers to yield to the pedestrian. And half of the pedestrians who are struck by vehicles are hit while they are in a crosswalk. Pedestrians and motorists both share in the responsibility of pedestrian safety. However, under Oregon law, drivers have specific responsibilities.

When turning at a traffic signal, drivers must:
Stop and remain stopped for pedestrians until they have cleared the lane into which your vehicle is turning and at least 6 feet of the next lane.

Remember, under Oregon law there is a crosswalk at every intersection.
Do not pass a vehicle stopped at a crosswalk. A stopped car may be a clue that a pedestrian is crossing. When stopping for a crosswalk on a multi-lane road, you should stop about 30 feet before the crosswalk so you don't block visibility to a driver in a second lane.
When stopping at an intersection, do not block the crosswalk. This forces pedestrians to go around your vehicle and puts them in a dangerous situation.
Watch for pedestrians, especially children, when exiting driveways or when backing out of parking spaces in parking lots.
Pedestrians move at different speeds. Be alert for children who may suddenly dart into the street. Be patient with older adults who take extra time to cross the street.
Around taverns and bars, be alert for people with slowed reaction times or impaired judgment.
Be alert for people or animals during low-light conditions, especially in areas where they are likely to cross the road, or you might not see them until it is too late to stop. 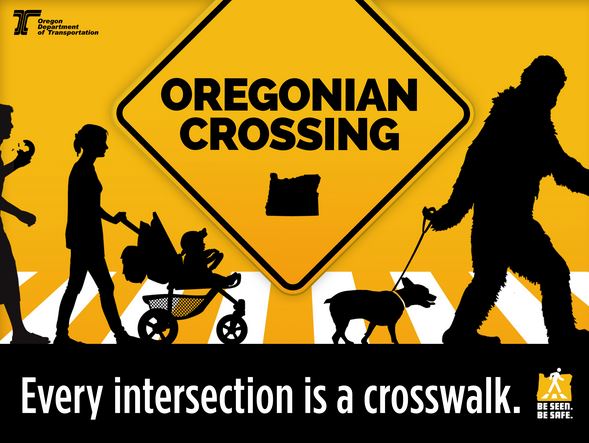