Showing posts from June, 2018
Show all

Deschutes Co. Sheriff's Office  - 06/30/18  On 6/30/18 at 2:54 pm, 911 dispatch received a call from Gavin Graham, who reported that  Elizabeth Wright of Jacksonville, OR, 57yo  had fallen down a steep embankment at Tumalo Falls while hiking and was stuck with no way to get up or down. Though Wright was believed to be conscious, details of her injuries were unknown at the time because no one could reach her due to the fall location. One Deschutes County Sheriff’s Office Deputy initially responded to the scene and along with the assistance of a helpful citizen lowered an anchored stabilizing rope to Wright’s location, which was near the bottom of the falls about 20 feet down an embankment in between a side trail and the river. The rope prevented Wright from falling further down the embankment until additional resources could respond to the scene. A short time later, 16 Deschutes County Sheriff's Office Search and Rescue volunteers compromised primarily of the Mountain Rescu
Post a Comment
Read more

Jackson Co. Sheriff's Office  - 06/30/18  SAMS VALLEY, Ore. -- Jackson County Sheriff's Office deputies are investigating an apparent death at the scene of a trailer fire. Few details are available for release at this early stage in the investigation. On June 30, 2018, at 3:17 p.m., dispatch received a 911 call reporting a fire in a trailer in the 3100-block of McMartin Lane. The caller reported a woman was inside the trailer. Fire District #3 personnel responded to fight the fire, which was fully engulfed. Jackson County Sheriff's Office detectives and an investigator from the medical examiner's office responded to assist with the investigation. Further information, including the identity of the deceased, will be released at a later time. Case #18-13354
Post a Comment
Read more

Douglas Co. Sheriff's Office  - 06/29/18  ROSEBURG, Ore. –  Another wanted man is in custody after K9 Grim successfully tracked him down. At about 1:30 am, Roseburg Police Officers were investigating a stolen vehicle in the 800-block of Garden Valley Road. When contacting the subjects near the vehicle, one subject ran from officers on foot. Several officers and deputies responded to assist in locating the man, including K9 Grim. After a brief search, Grim located the suspect in a dumpster at a nearby business. The suspect, 25 year-old Ronnie Theodore Meyer III of Crescent City, California was taken into custody without incident. Meyer was transported to the Douglas County Jail where he was lodged on Roseburg Police Department charges. K9 Grim is a 6 1/2 year-old German Shepherd who has been with the Douglas County Sheriff's Office since June 2013. The K9 was purchased for the department by an anonymous benefactor. The K9 team is also generously supported by the non-profit
Post a Comment
Read more

Oregon State Police  - 06/29/18  On Thursday June 28, 2018 at approximately 9:32pm, Oregon State Police Troopers and emergency personnel responded to the report of a two vehicle crash on HWY 18 near milepost 43. Preliminary investigation revealed that a silver 1998 Chevy Trailblazer, operated by Donald WHITLOW, age 74, of McMinnville, made a left turn into the path of an eastbound commercial motor vehicle.  The commercial motor vehicle was operated by Barry Allen THOMPSON, age 33, of Modesto, CA.   WHITLOW suffered fatal injuries and was pronounced deceased at the scene. THOMPSON was uninjured and cooperated with the investigation. Oregon State Police was assisted by the Yamhill County Sheriff's Office and ODOT. HWY 18 west of HWY 99 was closed for approximately five hours.
Post a Comment
Read more

Oregon State Police  - 06/29/18  On June 28, 2018 at approximately 12:10 PM, Oregon State Police Troopers and emergency personnel responded to the report of single vehicle crash on Hwy 78 near milepost 21.  Investigation revealed a 2017 Chevy SUV operated by Earl NORWOOD, age 83 from Wenatchee WA. was traveling west on highway 78 near milepost 21.  When for unknown reasons the operator lost control of the vehicle and left the roadway, rolling and coming to rest on its top.  Earl NORWOOD suffered fatal injuries and was pronounced deceased at the scene.  The passenger, Vivian NORWOOD, age 80 from Wenatchee, WA. was transported by ambulance to the hospital. Speed is believed to be a factor in the crash.  The driver was not wearing a seat belt at the time of the crash. Oregon State Police were assisted at the scene by the Harney County Sheriff's Office, Harney County EMS, and ODOT.
Post a Comment
Read more 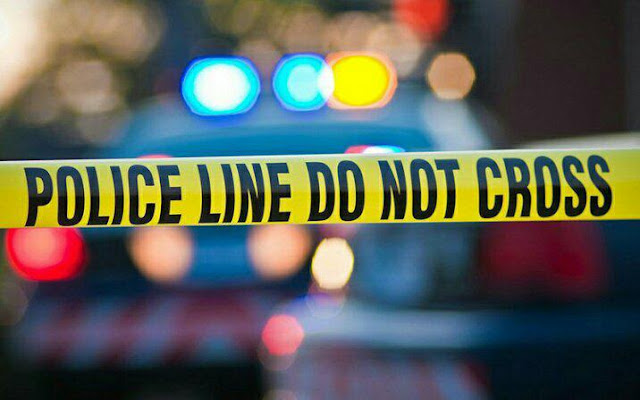 Oregon State Police  - 06/29/18  On June 29, 2018 at approximately 11:00 AM Oregon State Police detectives arrested  Michael Goff a parking enforcement contractor for the City of Newport.  A Lincoln County Grand Jury indicted Goff involving separate incidents, but the same victim former Newport Sergeant Brad Purdom was arrested for on June 28, 2018.  Goff was indicted on one felony count of Sexual Abuse-Second Degree and one misdemeanor count of Sexual Abuse-Third Degree.  Goff was lodged at the Lincoln County Jail on the referenced charges. Anyone with useful information regarding this investigation may contact the Oregon State Police at (503) 731-3030; please reference case #SP17-202539.
Post a Comment
Read more

Portland Police Bureau  - 06/29/18  On Friday, June 29, 2018, at 3:09 a.m., East Precinct officers responded to a commercial building in the 7100 block of Northeast Glisan Street on the report of a burglary in progress. When officers arrived, they located the business owner and learned he had contacted a suspect he believed had broken into his building and stolen multiple items. The business owner reportedly confronted the suspect, and a struggle ensued. During the struggle, the business owner removed a gun from the suspect, and the suspect left the scene prior to officers arriving. In the course of investigating, officers secured a weapon and determined the suspect's weapon used was a replica firearm. Officers set up a perimeter and located the suspect matching the description in the 7400 block of Northeast Glisan Street. Officers took the suspect, identified as 21-year-old Hayden P. Yurick, into custody and he is lodged in the Multnomah County Jail. Detectives with the Portland
Post a Comment
Read more

Douglas Co. Sheriff's Office  - 06/28/2018 TOKETEE, Ore.  - A 40 year-old Medford woman was flown by air ambulance to a hospital for treatment after falling approximately 100 feet Thursday afternoon.  9-1-1 dispatchers received a call at 3:20 pm, reporting a woman who had fallen near Toketee Falls while hiking. Deputies and emergency personnel responded to the scene.  Deputies learned that Laura Greenley, had went outside of the safety fencing along the trail and tried to hike down to the falls when she fell. At about 7:00 pm, rescue crews from Douglas County Fire District #2 were able to bring the woman back to the trail where she was transferred to EMS crews from Bay Cities Ambulance who transported her to a waiting Lifeflight helicopter. She was transported to a Medford hospital.  The US Forest Service also assisted at the scene.
Post a Comment
Read more

Douglas Co. Sheriff's Office  - 06/28/18  ROSEBURG, Ore. -  On Wednesday, June 27, 2018 at 9:36 pm, Douglas County 9-1-1 received a report of a single vehicle rollover crash in the 2800-block of Old Garden Valley Road.  The Sheriff's Office responded along with Douglas County Fire District #2 personnel. The occupants of the vehicle were uninjured.  The driver, 30 year-old William L. Johnson of Roseburg, had been driving north on Old Garden Valley Road in a 1994 Honda Civic when he failed to negotiate a corner and crashed. The vehicle landed on its top in the ditch. Johnson's 3 year-old daughter was restrained in a child safety seat in the rear of the vehicle. Johnson and his daughter were freed from the vehicle with the assistance of witnesses.  Further investigation revealed Johnson was impaired at the time of the crash. He was taken into custody and lodged at the Douglas County Jail on the following charges:  Driving Under the Influence of Intoxicants - Alcoho
1 comment
Read more 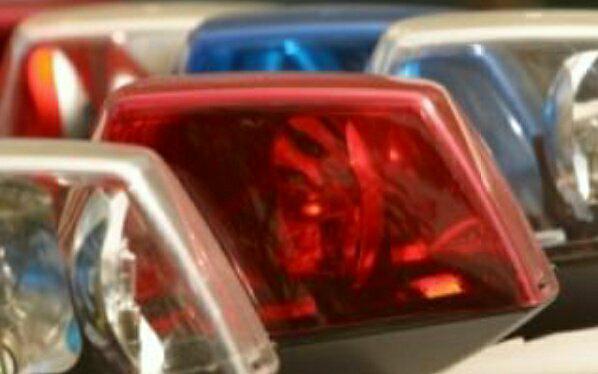 Corvallis Police  - 06/28/18  At approximately 7:25 pm on June 27, 2018, 32-year-old Eric Austin, of Corvallis, was struck in the 1000 block of SW 3rd ST while crossing the street on a bike at the pedestrian crossing signal.  Austin was transported to Good Samaritan Hospital by Corvallis Fire Department Paramedics where he was pronounce dead.  He was struck by a Ford E350 van pulling a cargo trailer, driven by a 61-year-old Corvallis man.  The driver was traveling northbound on SW 3rd ST when he struck the bicyclist who had entered the signaled pedestrian crossing.  The driver has cooperated fully with the crash investigators and at this time, drugs and/or alcohol, as well as use of a mobile device, are not suspected to be factors in the crash.  Traffic flow on SW 3rd ST was limited for several hours as the scene was investigated by the Benton County Multi-Agency Major Traffic Collision Investigation Team.  This case is still under investigation.
Post a Comment
Read more

Portland Police Bureau  - 06/28/18  On Thursday, June 28, 2018, at 1:55 a.m., Central Precinct officers responded to the report of a single-vehicle crash into a telephone pole in the 2600 block of Southwest 3rd Avenue. Officers arrived at the scene of the collision and determined that an off-duty Portland Police Bureau member was driving the vehicle that crashed into a telephone pole. Based on information learned during the investigation, alcohol was determined to be a factor. The driver, Steve Jones, was arrested and processed for DUII by Oregon State Police. The Oregon State Police cited and released Commander Jones for Driving Under the Influence of Intoxicants, as is standard practice for the Oregon State Police in Multnomah County. Commander Jones was driving a City of Portland vehicle as part of his current assignment, which requires him to respond 24/7. There were no other people in the vehicle at the time of the crash and Jones was not injured. Commander Jones is a 23-year-
Post a Comment
Read more