On June 13th at about 2:37 a.m. a structure fire was called in at 38100 SW Tenbush Lane in rural Willamina.  This location is approximately 2 miles northwest of the city limits.  A short time later, fire personnel arrived and found the residential structure fully involved.  Once the fire was suppressed, a deceased subject was found inside.  That subject is believed to be 79 year old Dieter H. Aulig, the adult male resident.  The female resident, Theresa Aulig suffered non-life threatening burns to her upper body and was treated and released.
The Yamhill County Fire Investigation Team (F.I.T.), consisting of members of the Yamhill County Sheriff’s Office, Oregon State Police, Oregon State Fire Marshal and other Yamhill County Fire Personnel responded to the scene to investigate the cause of the fire.  During the course of this investigation, the presence of fire accelerant was located in the house.  The team suspected arson as the cause of the fire and a criminal investigation began.

At that time, investigators were unable to find the grandson of the residents, 14 year old Nicholas J.D. Aulig. They feared he may have been injured during the fire and still present somewhere on the property. Yamhill County Search and Rescue arrived and searched the area, unable to find Nicholas.  He was located the following day, uninjured, at a friend’s residence in Willamina.
Through witness interviews and follow up work, investigators identified two primary suspects in the arson.  One of these suspects was Nicholas Aulig.
The other suspect,  identified as Jacob Thomas Brooks, 15 years of age of Willamina, was located and detained on a traffic stop after a surveillance team spotted him at a residence in Willamina on the evening of June 13th. He was placed in protective custody at the Yamhill County Juvenile Detention Center in the early morning hours of June 14th.
Investigators served a series of search warrants in Willamina at about 6:30 p.m. that day in conjunction with the arson case. Nicholas Aulig was located during the service of those warrants. He was placed into protective custody and lodged at the Yamhill County Juvenile Detention Center in McMinnville.
Aulig is being held on charges of Murder, Arson I, and Aggravated Theft I.
Brooks is being held on Attempted Arson I and Aggravated Theft I.
Both juveniles were arraigned on their charges on June 15th.
The investigation has shown, to this point, that Nicholas Aulig and Jacob Brooks conspired to steal a large amount of currency being stored at the Aulig residence.  Nearly fifty thousand dollars and other evidence of that theft were recovered during the service of the search warrants.
The Yamhill County Sheriff’s Office was assisted in the service of the warrants by the Oregon State Police, the Newberg-Dundee Police and the McMinnville Police.
The investigation is continuing and additional, peripheral persons of interest are being identified. 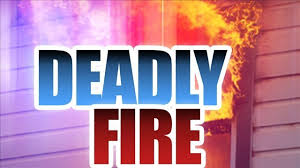