On Thursday, July 5, 2018 Junction City Police were called to a local residence on a report a dispute and an incident of animal abuse.  Investigation revealed Nathaniel Lee Chantland, age 22, had cruelly abused and tortured Raven, a black domestic short-haired, cat that is approximately 11-12 months old.  Investigation further revealed that about a year ago Chantland abused Rosy, a 5-week old tri-colored, domestic short-haired, kitten; and approximately two and a half years ago had abused and tortured, Snowball, a white colored small kitten.  Chantland was transported to, and lodged at, the Lane County Jail and is being charged with Aggravated Animal Abuse I and an additional count of Animal Abuse I.
Raven was transported to a veterinarian within minutes of police arriving on scene Thursday.  She underwent surgery on Friday, July 6, 2018 for injuries sustained in this incident.  Rosy is in stable condition, is expected to fully recover, and is in the safe custody of Junction City Police.
This is an on-going investigation; anyone with information on this or other incidents is urged to immediately contact the Junction City Police Department at 541-998-1245. 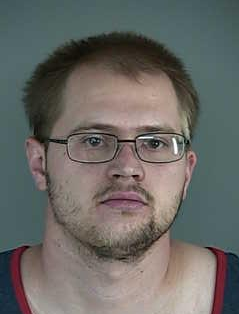