On Saturday July 7th, 2018, Deputies from the Yamhill County Sheriff’s Office responded to a 911 call in the City of Amity.  The caller reported waking up and finding an unknown male inside of their bedroom.  Deputies arrived in the area approximately seven minutes later where they located a male a few blocks away matching the description given by the caller.
A short time later, deputies radioed that shots had been fired and assistance was needed.  Officers from the McMinnville Police Department and medical units responded.  In addition, law enforcement requested Life Flight to be placed on standby.  Once on scene, medical determined the male subject was deceased and no further medical treatment was provided.
The deceased has been identified as 27 year old Kelly Kenneth Sutton of Amity.  The Yamhill County Sheriff’s Office Deputies involved had been identified as Sgt. Sam Elliott and Deputy Stephanie Sulak.  Sgt. Elliott is a 17 year veteran of law enforcement and Dep. Sulak has been employed for 15 months.  Both have been placed on paid administrative leave, which is standard protocol.
Members from the Major Crimes Response Team are still actively working this complex investigation.  No further information will be provided at this time to protect the integrity of the case.  All questions should be referred to the Yamhill County District Attorney’s Office. 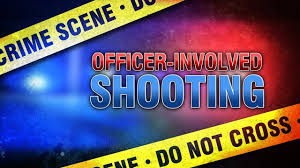