On Friday, March 8, 2019 at approximately 7:00 P.M. the Douglas County Sheriff's Office took a report of an overdue motorist.  The husband and wife, identified as Frank Braudt (76) from Canyonville and Marcia Braudt (75) from Canyonville, had left the Reedsport area, shortly afternoon 12:00 noon,  and were enroute to the Canyonville area.

On Saturday, March 9, 2019 at approximately 12:20 A.M. members of the Douglas County Sheriff's Office located the vehicle on Hwy 38 near  milepost 31. The vehicle had traveled over an embankment and was out of view of passing motorists.

Despite lifesaving efforts Marcia Braudt was critically injured and was pronounced deceased. Frank Braudt was transported to a hospital with serious injuries. 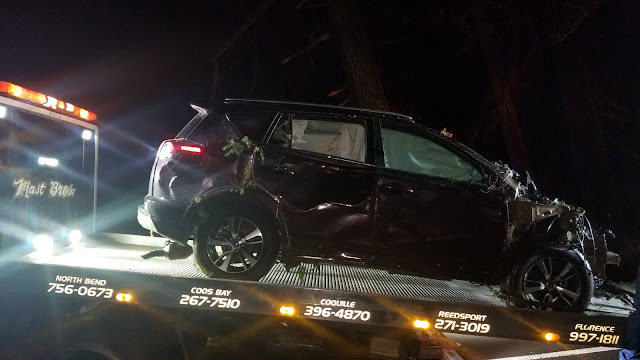